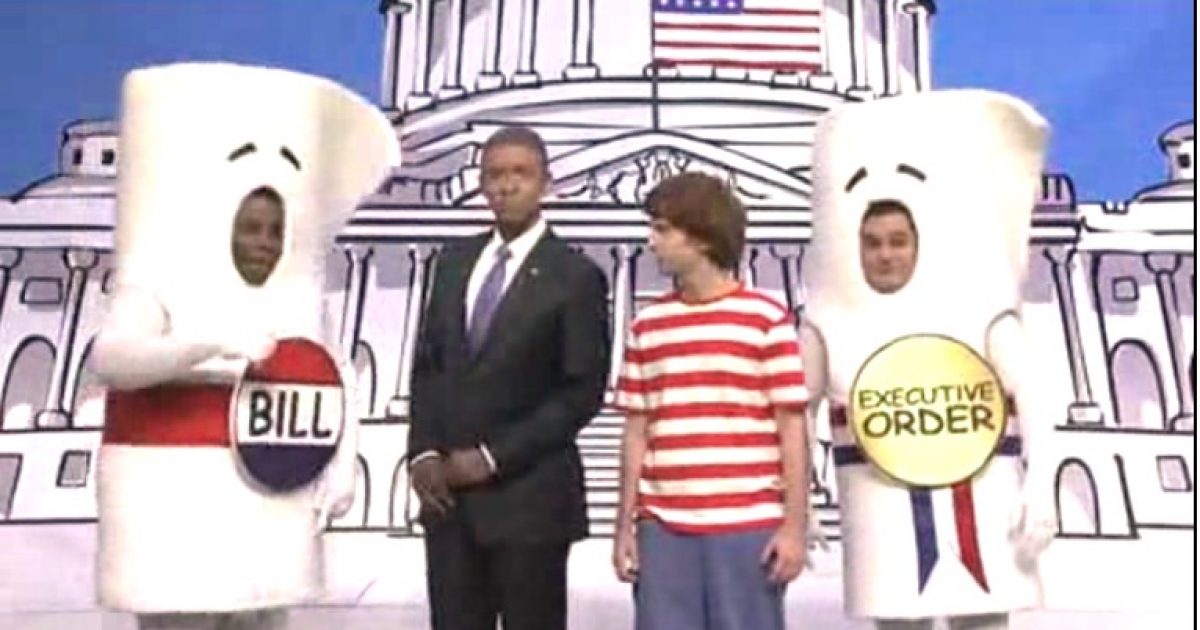 When Saturday Night Live leads its show mocking Obama’s misuse of power it’s a clear sign the president has gone too far.

In its opening skit, the comedians modified the Schoolhouse Rock video of how bills become law to illustrate how Obama is abusing his power with his executive action on immigration.

Because of Obama’s unilateral action, millions of Americans are being informed about the president’s lawlessness.