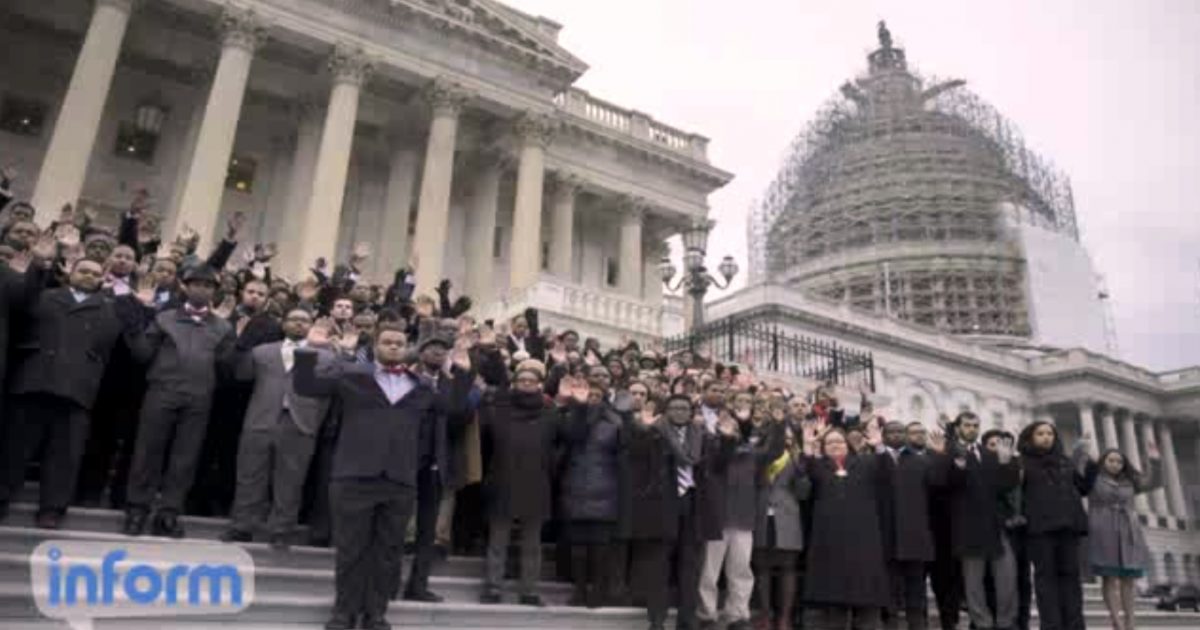 Staffers referenced the “Hands up, don’t shoot” gesture during the walkout, even though eye witness accounts and evidence from the Ferguson case don’t support the claim.

Earlier this month, several black members of congress performed the same gesture on the House floor.

From The Daily News: