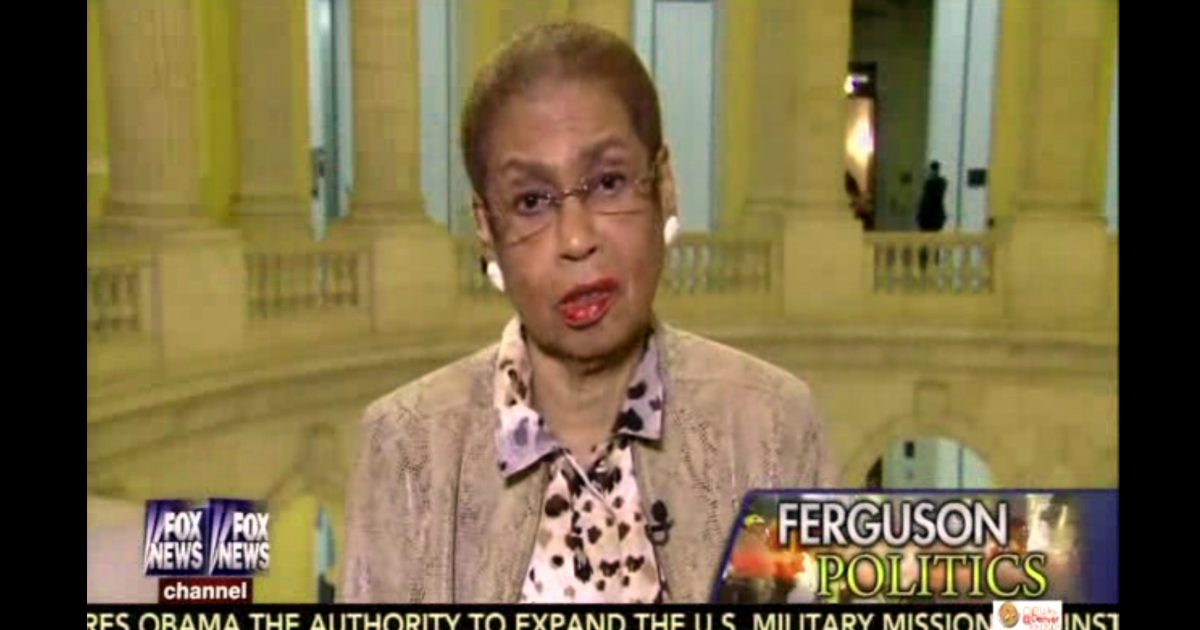 Originally posted by Staff at LibertyUnyielding.com

Some people don’t see the forest for the trees, but Rep. Eleanor Holmes Norton (D-D.C.) has the reverse problem. As TheBlaze notes, the chair of the Congressional Black Caucus was on Sean Hannity’s show on the Fox News Channel last night to discuss the problem of police violence against black males.

When the host asked whether Norton had read the evidence in the case of 18-year-old Michael Brown, who was shot by former Ferguson, Mo., police officer Darren Wilson, she admitted, remarkably, “I did not, and that is not a concern.”

A stunned Hannity asked in disbelief, “The evidence isn’t a concern? What?!”

Norton went on to claim that the Brown shooting and the officer-involved killing of Eric Garner in New York City has revealed a “much larger concern.”

“These are words that you are saying. You have a position of power,” Hannity pressed, asking Norton why she won’t read the evidence in the Brown case.

“I’m sorry, if you want to talk about something that other people said, you can. This is my view,” Norton replied. “We are losing the big picture.”