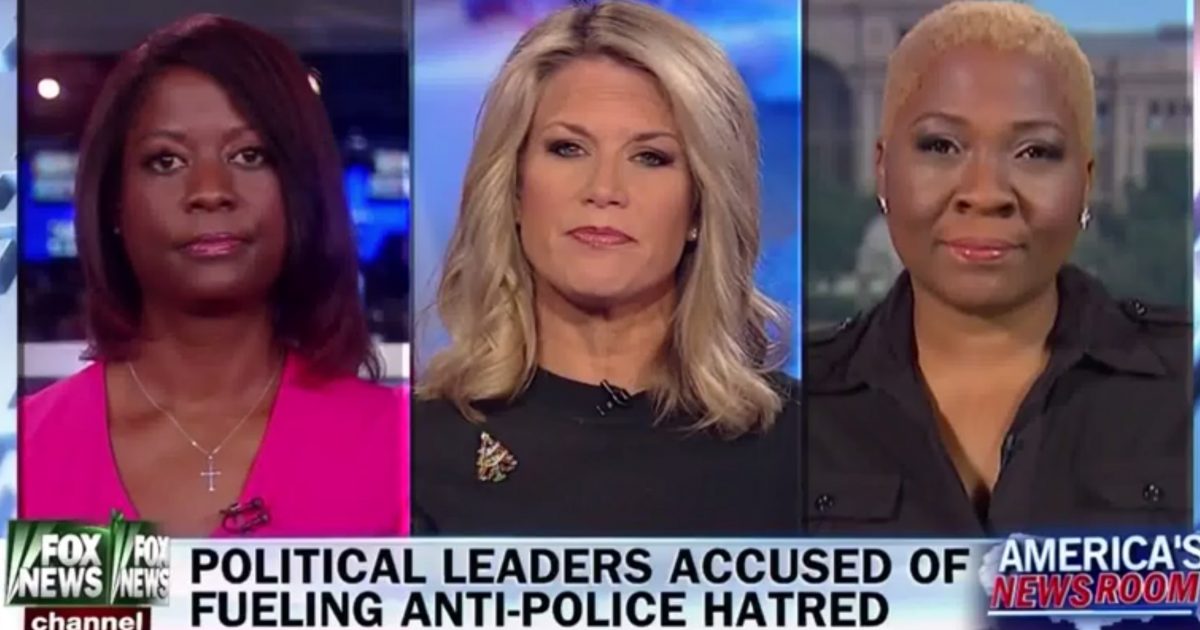 Following the horrific assassination of two New York City policemen, those responsible for the propaganda that motivated the killer are running for cover.

The tragic deaths of Michael Brown and Eric Garner from police action were transformed into a race issue because of the intentional propaganda campaign waged by President Obama, Attorney General Eric Holder and social agitator Al Sharpton.

Months of national brainwashing that labeled police as racists pushed the gunman to retaliate against law enforcement.

On Fox News’ American’s Newsroom I had the opportunity to debate the issue with host Martha MacCallum and Jehmu Greene.