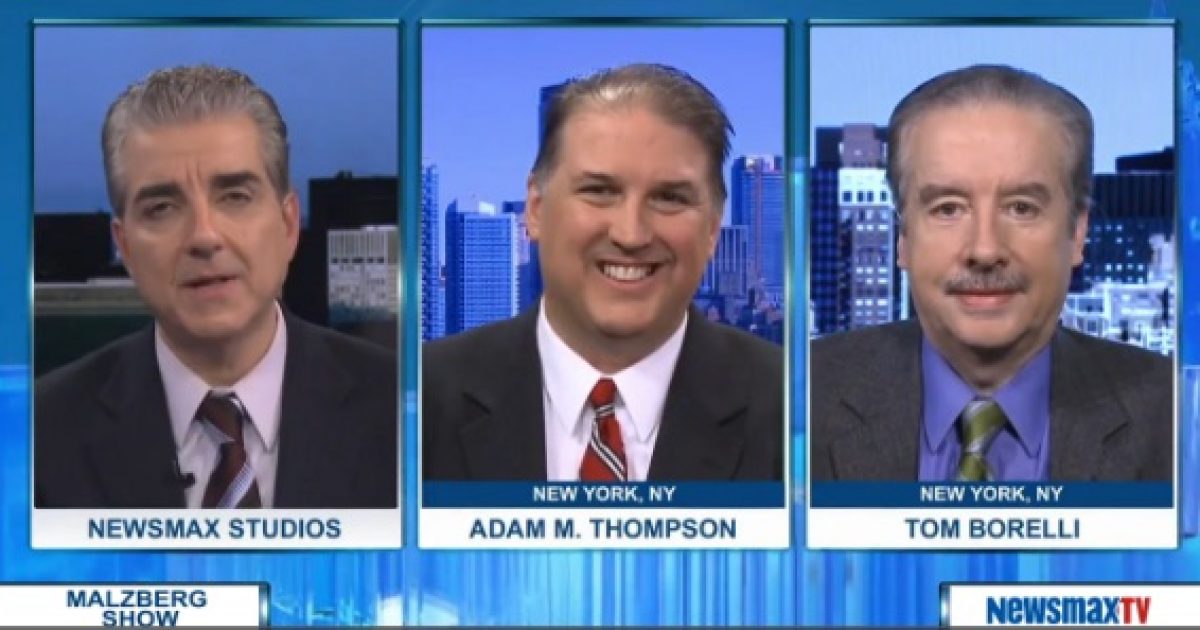 On NewsmaxTV’s The Steve Malzberg Show, Tom discussed current news topics including the House of Representatives vote on the Omnibus spending bill, Senator Diane Feinstein (D-CA) and the Senate Intelligence Committee’s report on the CIA, and congressional staffers protesting the grand jury decisions regarding the deaths of Eric Garner and Michael Brown.

During the discussion, Tom exposed Feinstein’s political agenda that’s driving the report on the CIA and criticized Republican leadership for pushing the spending bill before the GOP takes control of Congress in 2015.

Finally, responding to the congressional staffer’s walkout protest, Tom suggested the staffers should just keep walking – right out of D.C.