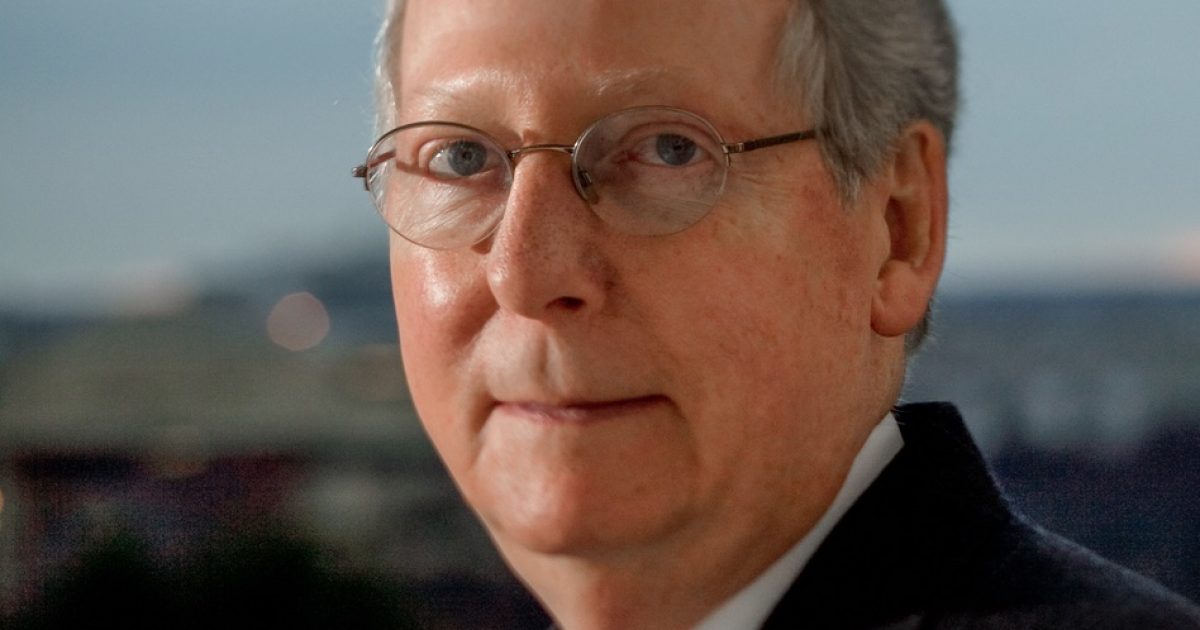 Could you imagine playing poker by showing all of your cards to your opponent?

That’s exactly the losing strategy Senate Majority Leader Mitch McConnell employed when he said, “Let me make it clear: There will be no government shutdowns,” after the Republicans gained control of the Senate.

The liberal media is making the most of McConnell’s ill-advised pledge regarding the congressional debate surrounding the funding for the Department of Homeland Security (DHS).

The House of Representatives is doing its part to stop Obama’s illegal action on immigration but the Senate is falling short.

The House funding bill for DHS blocks Obama’s executive action on immigration that allows millions of illegal aliens to remain and work in the U.S.

Senate Democrats are blocking similar legislation which raises the possibility that DHS will run out of money at the end of the month.

Now the liberal media is using McConnell’s pledge against him for breaking his promise if Congress does not fund the entire DHS budget. The media is trying to scare Republicans over a shutdown of part of the government.

A story in The Washington Post points out that McConnell will break his no shut down promise if the Senate fails to fund the department.

Less than six weeks on his powerful Capitol Hill perch, Senate Majority Leader Mitch McConnell (R-Ky.) is on the verge of watching one of his most important promises — to never again shut down the government — go up in smoke.

Instead of making empty promises McConnell should have said Congress will only fund legal actions by the executive branch.