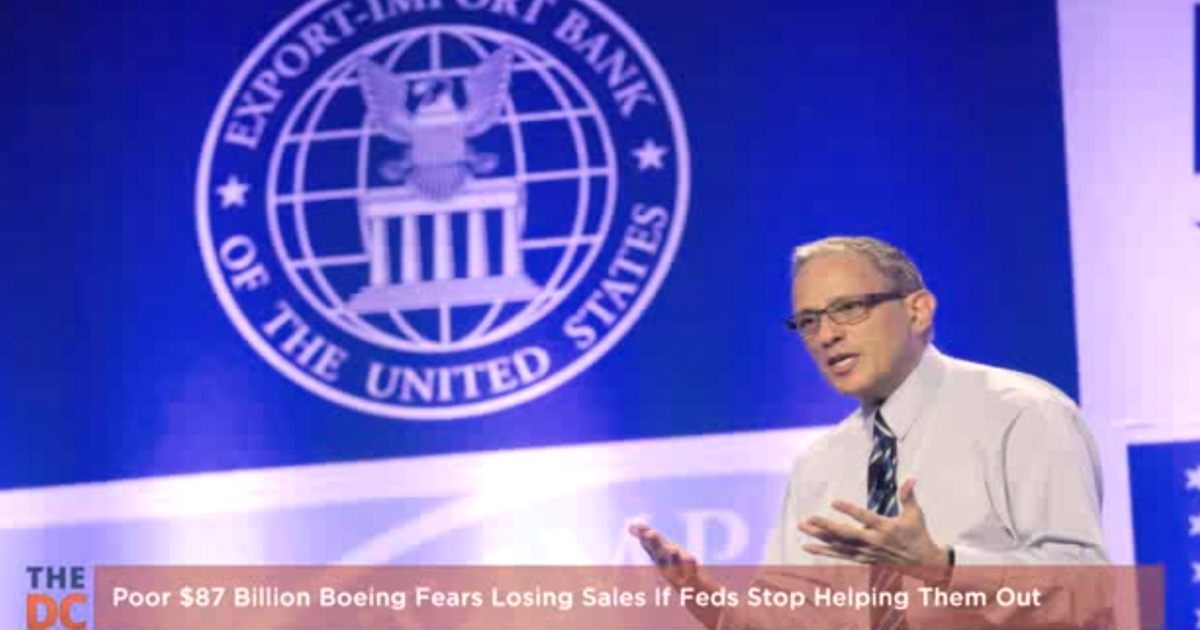 Republican control of Congress has not slowed the influence of the DC insiders’ push for bigger government. Regrettably, Republicans are dancing with Democrats to the lobbying tune of big business special interest groups, calling for a tax increase and the renewal of the corrupt Export-Import Bank.

The Export-Import Bank increases sales of U.S. multinational corporations by providing government-backed loans, loan guarantees and other credit mechanisms to foreign based countries and companies.

The debate over the Ex-Im Bank exposes the sad truth that the alliance of elected officials from both political parties and big business remain a key barrier to limited government. The first troubling sign of collusion was when a handful of Senate Republicans started talking about backing an increase in the federal gasoline tax.

The betrayal of conservative principles over the gasoline tax was followed by 58 House Republicans that are supporting legislation to reauthorize the U.S. Export-Import Bank. The legislation (H.R. 597) introduced by Representative Stephen Lee Fincher (R-TN) would extend the bank for five years and would make changes to its operation that would reduce risk to taxpayers.

Democrats embracing taxes on gasoline is not surprising, but their backing of a big business ticket item such as the Ex-Im Bank illustrates liberal hypocrisy at its best. Populist and capitalism-bashing Senator Elizabeth Warren (D-MA), for instance, supports keeping taxpayer funding of the bank, as does President Obama.

Bipartisan support for corporate welfare and a corporatism state provides compelling evidence that in the end, it is money and power -not ideology- that drives the DC insider establishment.