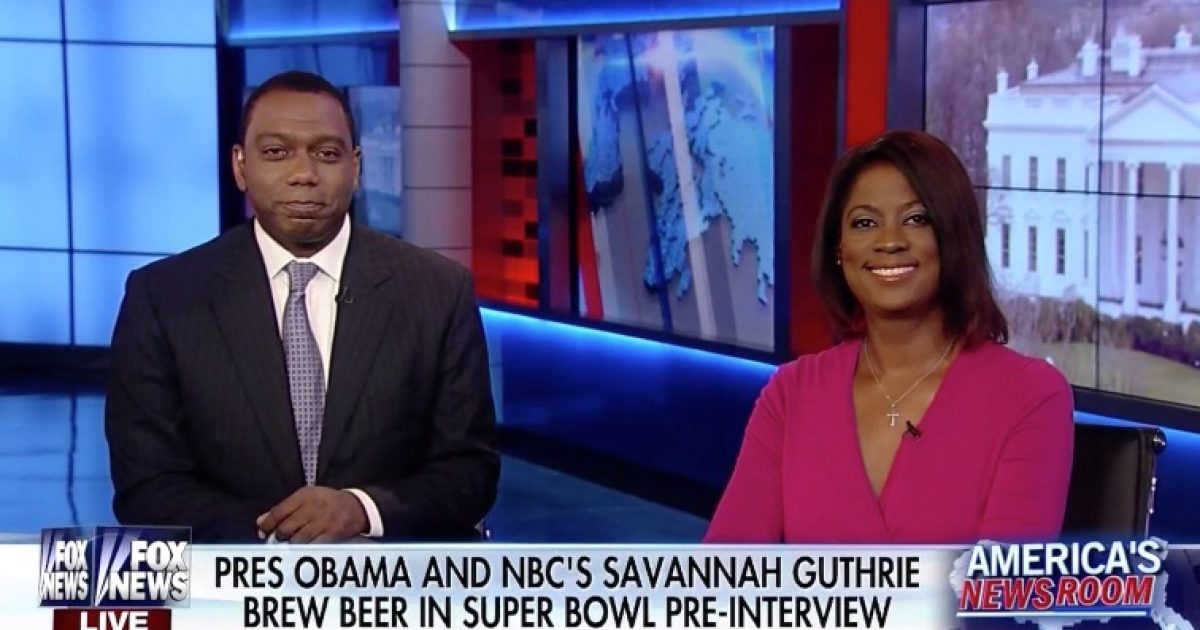 While private companies paid $4.5 million for a 30 second commercial before an audience of over 100 million people, Obama got a freebie.

During the interview Obama took credit for the increase in U.S. energy production and the drop in gasoline prices.

While it’s true our energy production is at its highest, the rise in production has occurred not because of Obama but despite him.

The increase is from private and state land while production is down on federal lands.

NBC correspondent Savannah Guthrie did not challenge Obama at all. Instead, she asked the president if he prefers wings or guacamole.

The cozy relationship between the liberal media and Democrats represents a serious risk to our liberty.