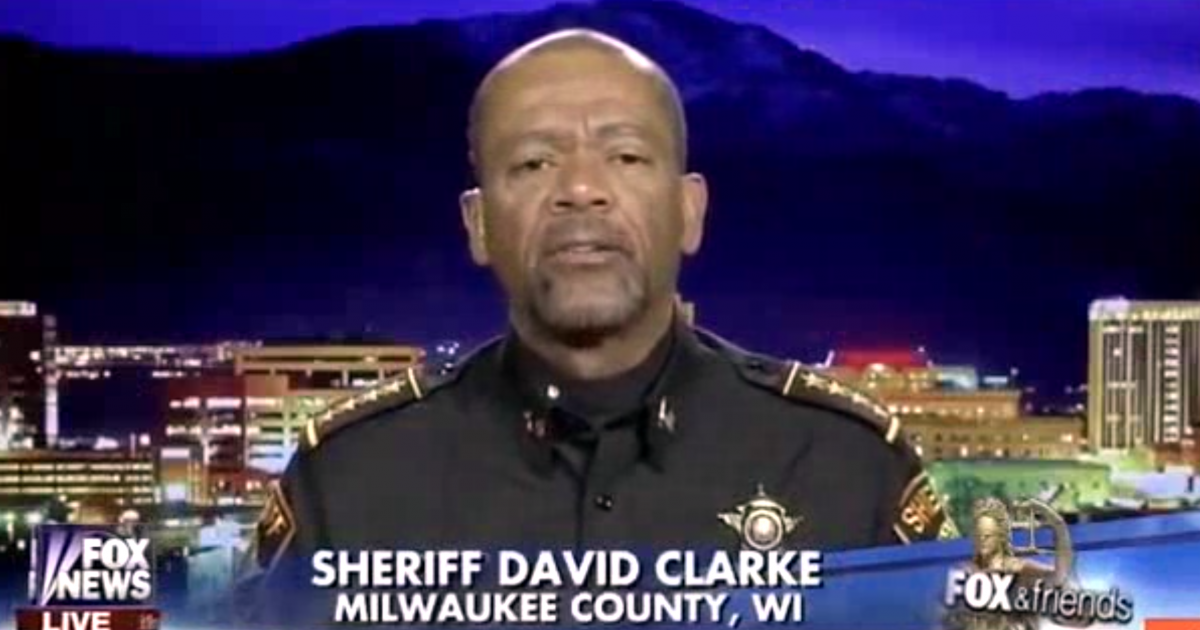 National Harbor, MD – Milwaukee Sheriff David Clarke slammed President Obama for dividing Americans and talked about the importance of leadership and returning to the founding principles of the U.S. Constitution in an exclusive interview with Conservative Review® at the Conservative Political Action Conference (CPAC).

Clarke, known for his no-nonsense straight talk, unloaded on Obama for splitting the country across various demographic lines.

“You have to keep in mind that he has ascended to where he’s at a divide and conquer philosophy. He’s pitted rich against poor, he’s pitted men against women, he’s pitted blacks against whites, for instance. But the common thread running through all those demographics that I’ve talked about are all Americans,” said Clarke.

Clarke said he had hoped Obama would bridge gaps in the country but instead the president pursued a “divide and conquer situation that has been destructive for America.”

Sheriff Clarke also told Conservative Review® that Americans have strayed from the country’s fundamental founding principles that can provide hope for our country.

“We’ve gotten away from our founding principles like the U.S. Constitution. That’s what this representative democracy is all about. It is the best hope and the best chance really for people to reach their God-given potential,” Clarke said.

Clarke continued, “So, without the free market, the rule of law, especially for people who are struggling in the situation we’re in right now that’s the last and best hope for them — it really is.”

Read my entire interview with Sheriff Clarke at Conservative Review.