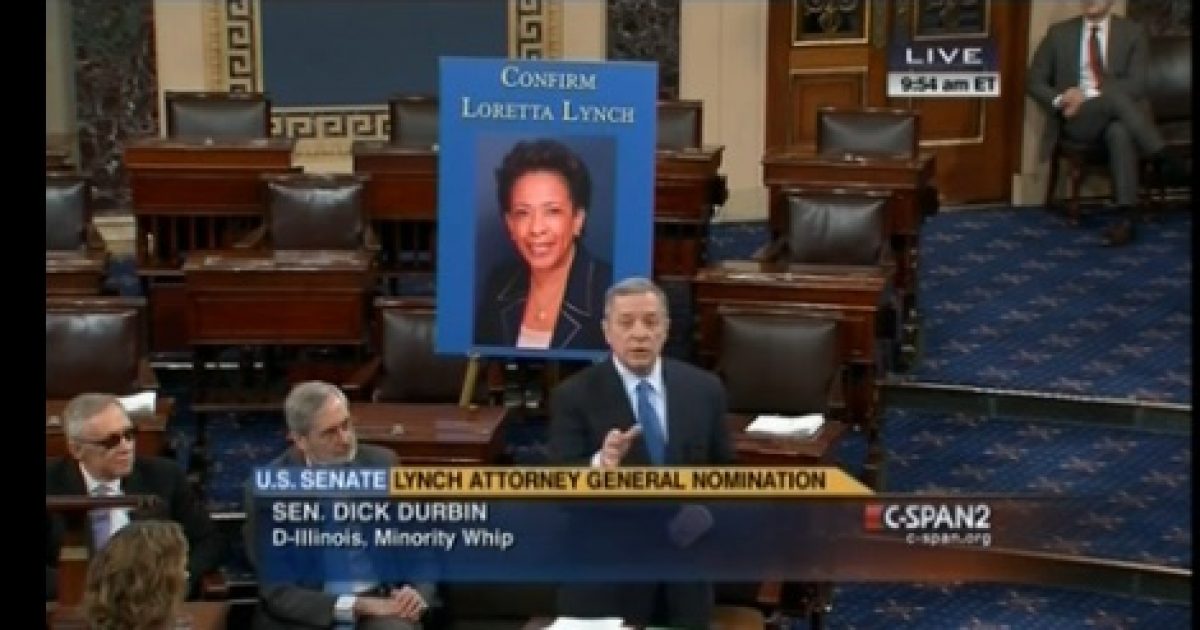 As we know, Democrats will say and do anything to advance their progressive agenda.

On the Senate floor Durbin said:

“And so Loretta Lynch, the first African-American woman nominated to be attorney general, is asked to sit in the back of the bus when it comes to the Senate calendar,” he said. “That is unfair. It’s unjust. It is beneath the decorum and dignity of the United States Senate. This woman deserves fairness.”

The National Journal also reports that the Black Caucus head G.K. Butterfield claimed the holdup on the Senate vote is because she is black saying, “I think race certainly can be considered as a major factor in the reason for this delay.”

Of course, her race has nothing to do with the pace of her confirmation process but leftists like Durbin and Butterfield need to create news and controversy any way they can.