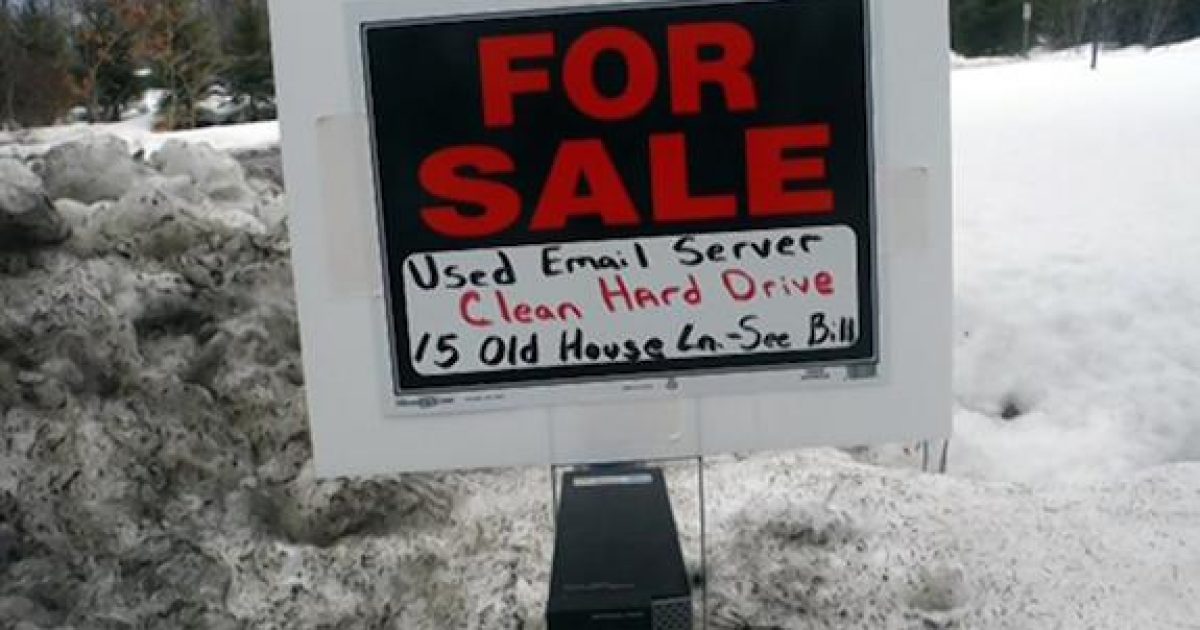 Never underestimate the power of the tea party grassroots movement.

Making the most out of living in Chappaqua, New York, where Bill and Hillary Clinton also reside, tea party activist Gary Murphy went to work shortly after Hillary’s press conference regarding her emails while serving as Secretary of State.

Outraged over yet another Clinton scandal and her failure to fully explain her use of personal emails to conduct government business, Murphy put his creative juices to work. Murphy posted a mock for sale sign for Hillary Clinton’s email server at the end of the street where the Clinton’s reside.

So, Murphy, 44, who lives in Chappaqua, about two miles away from the Clintons’ home, was driving around Wednesday and decided to make his annoyance known.

“I listened to that press conference, and something bothered me. . . it seemed like such a controlled environment,” Murphy told the Loop in an interview Thursday. “It was kicking around in my head, just because she says it’s over doesn’t mean it’s over. …It was a real arrogant way to do it.”

But this episode with Clinton and the e-mails bothered him. “I see her playing the bully and the victim, and I don’t think you can be both,” he said.

For $3, Murphy bought the for-sale sign. He already had the black marker. And he made his move, planting the sign at the corner of the Clintons’ street. “I didn’t want to be intrusive and go up on their front lawn,’ he said.

In an email to me and Deneen Borelli, Murphy gave credit to a 2009 FreedomWorks activist training session for his actions where he learned about, “The happy warrior,” and being positive with your media messaging.

Citizen patriots such as Murphy illustrate how the creative power of individuals can impact national news.