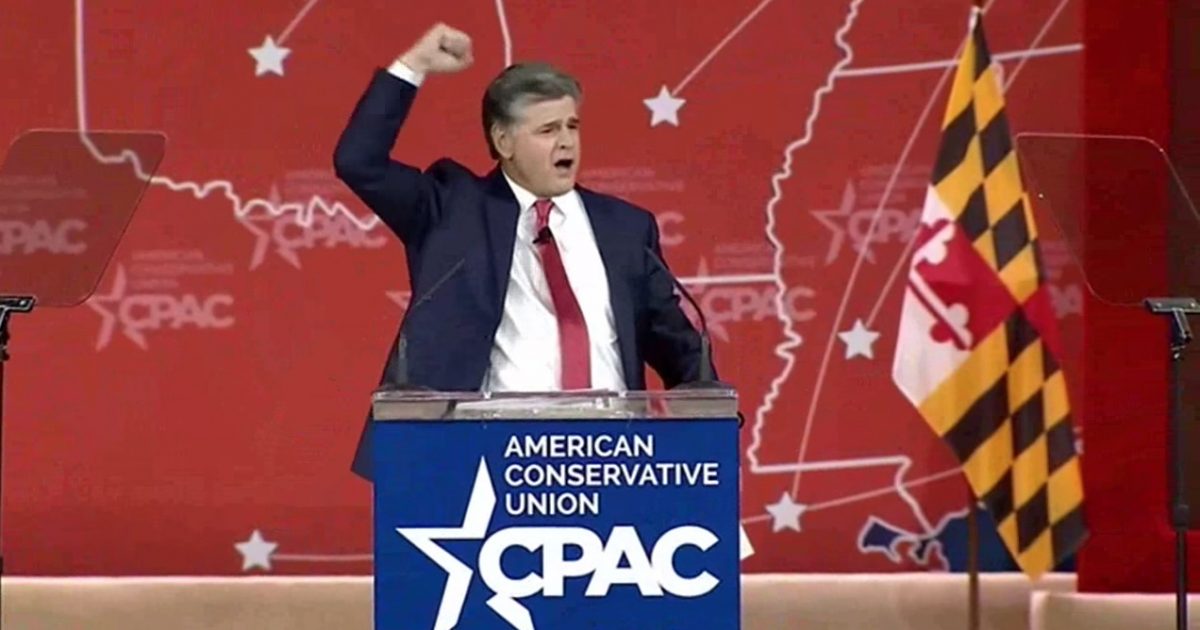 Hypocrisy is nothing new to the left-wing media. After attacking Bill O’Reilly, Mother Jones is criticizing Sean Hannity for making what they consider a “creepy” joke at CPAC.

During his speech, Sean jokingly said he had x-ray vision and could see that some of the women in the audience were pregnant but it was not their fault.

That joke generated a number of critical comments from the left-wing media and blogs.

While Mother Jones is fixated on Hannity’s comments, they ignore the creepy actions of Vice President Joe Biden where he has inappropriately touched women at high profile public events. See here and here.

Sadly, by focusing on a joke the media missed the uplifting and inspirational message of Sean’s speech. Watch Sean’s entire speech and share.