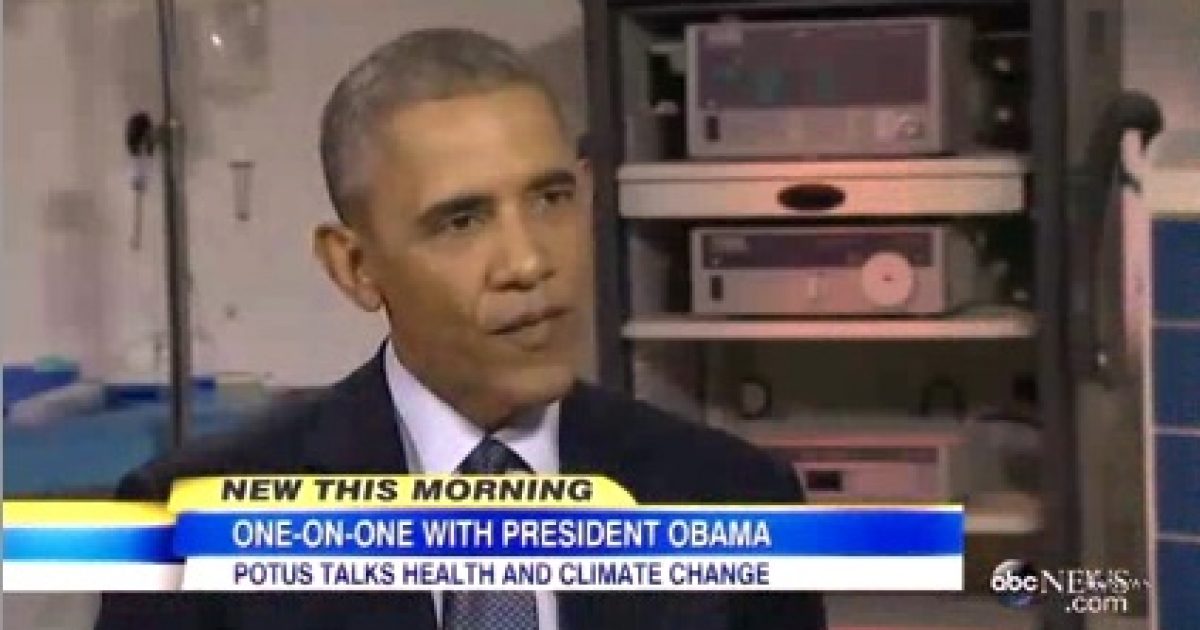 Obama is now claiming that climate change is a cause of health problems and during an interview on ABC News, the president emphasized the point by mentioning that an asthma attack when Malia was very young resulted in an emergency room visit.

“Well you know Malia had asthma when she was 4 and because we had good health insurance, we were able to knock it out early….” the president told ABC News’ chief health and medical editor, Dr. Richard Besser, in a one-on-one interview yesterday. “And if we can make sure that our responses to the environment are reducing those incidents, that’s something that I think every parent would wish for…”

Besser, who met with the president yesterday at Howard University’s Health Sciences Simulation Lab, asked the president why people should care about the impact of climate change on public health when there are so many other pressing health problems.

“Keep in mind that climate change is just one more example of how the environment will cause health problems, and I think most people understand that,” the president responded.

Don’t be fooled by Obama’s shameless exploitation of Malia’s past illness. Linking climate change to heath issues, especially with children, is part of a communications plan to generate fear and public support for climate change regulations.

An EPA strategy document discovered by a Freedom of Information Act (FOIA) request advised the agency to link climate change to adverse health effects in order to make the issue more relevant to Americans.

This incident shows, once again, Obama will do anything to advance his radical agenda.