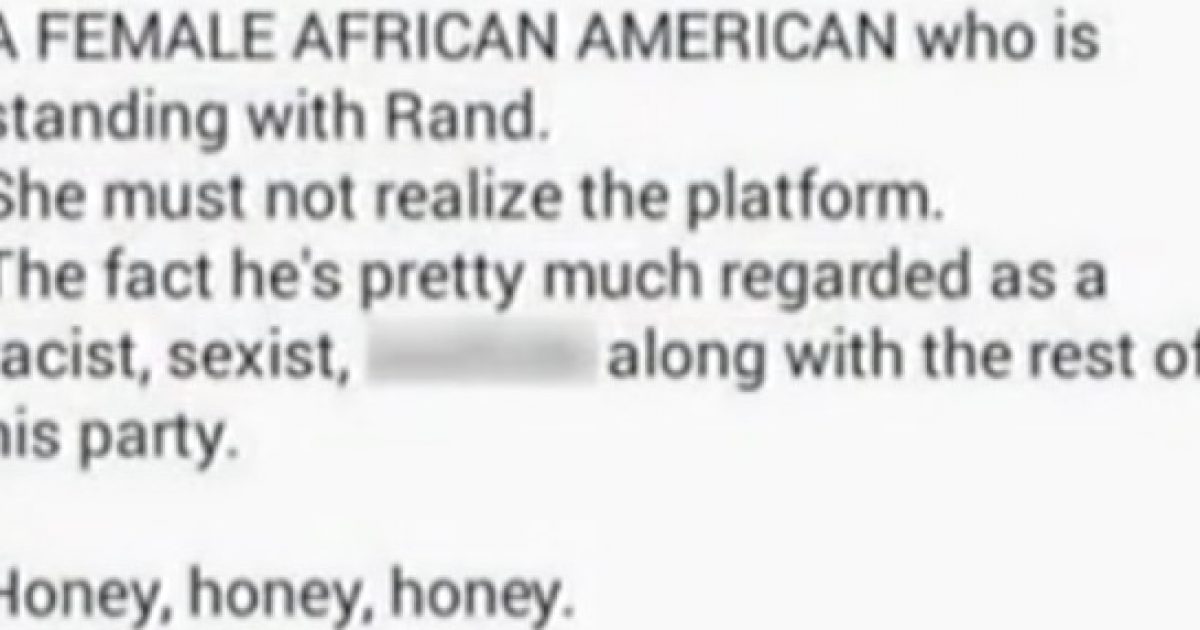 Democrats are the party of intolerance.

“A FEMALE AFRICAN AMERICAN who is standing with Rand,” the post said. “She must not realize the platform. The fact he’s pretty much regarded as racist, sexist, a**hole along with the rest of his party.”

Davis in not backing down and on Fox & Friends Weekend, she defended her right to support Senator Paul because he is a candidate that will back the Constitution.

It’s great to see a young black individual stand up for her principles despite the harassment.