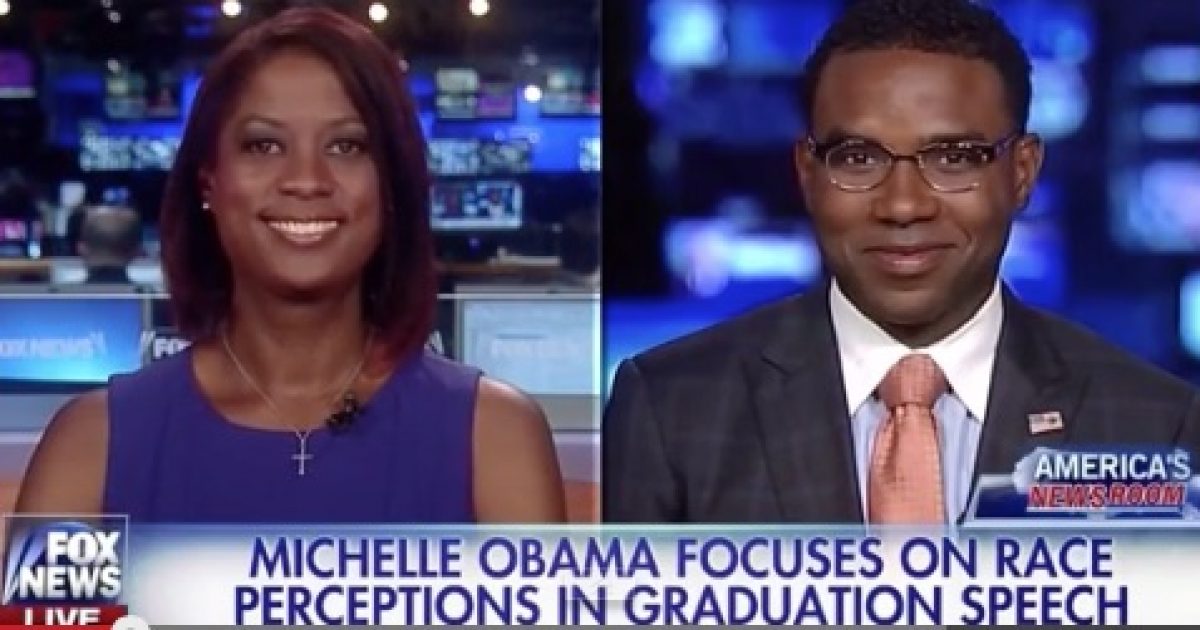 In addition to mentioning several examples where she felt she was held to a different standard because of her race, Michelle also told the graduates that they will be treated differently because of their color.

She told the graduates they would face hardships in the future, warning that no matter how hard the students work or where they rise to in life, for some people it won’t be enough. Obama said this is the fuel for much of the unrest across communities in America, making a reference to some of the racial controversies being played out in several American cities.

“All of that is gonna be a heavy burden to carry. It can feel isolating. It can make you feel like your life somehow doesn’t matter … And as we’ve seen over the past few years, those feelings are real. They’re rooted in decades of structural challenges that have made too many folks feel frustrated and invisible, and those feelings are playing out in communities like Baltimore and Ferguson and so many others across this country,” Obama said.