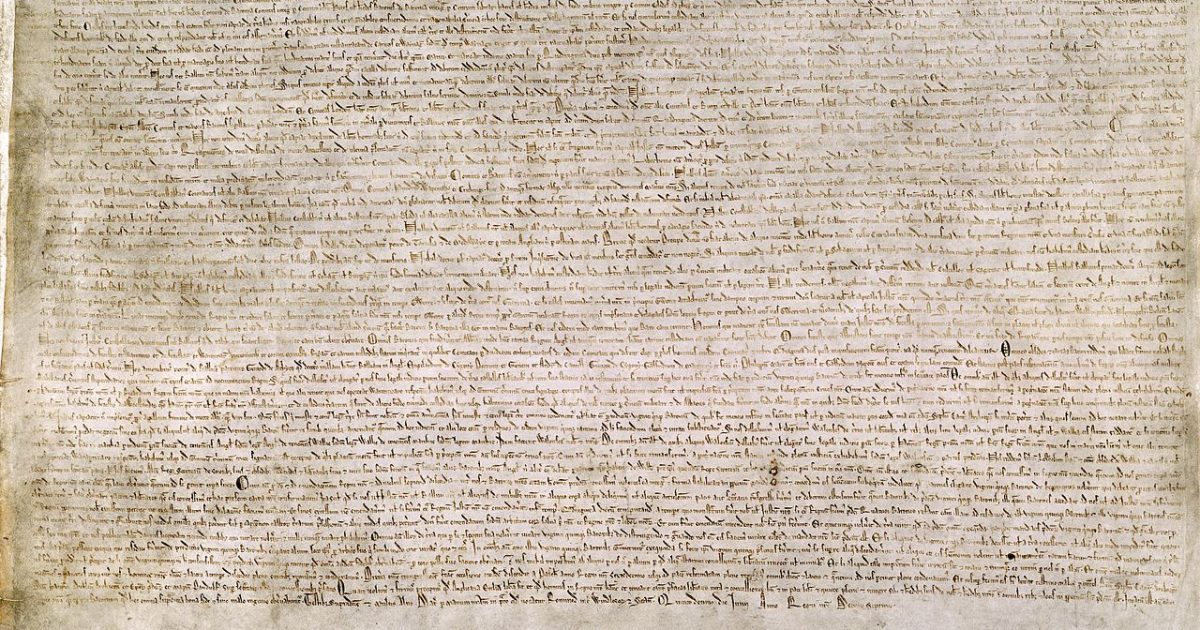 FreedomWorks CEO Adam Brandon wrote a commentary for TheBlaze recognizing the 800th Anniversary of the Magna Carta. It is one of the most important documents in world history because it recognized that all people- not just royalty- have rights that should be protected by government. The Magna Carta’s influence is still seen 800 years later today, in documents like the U.S. Bill of Rights.

As Americans living in the 21st century, it’s easy to take our freedoms for granted.

It’s easy to forget the centuries-long struggle, fraught with pitfalls and setbacks, that has outlined the modern conception of individual liberty as fundamental to our being. It wasn’t always this way. This year, June 15 marks the 800th anniversary of the signing of the Magna Carta, and I can hardly think of a more fitting occasion to reflect on the ongoing fight for liberty in a historical context.

The Magna Carta was a remarkable document. Even all these centuries later, it continues to stand as one of the most important recognitions that people – not just royalty and church leaders – but all people, have rights that must be defended by any government that regards itself as legitimate. In that regard, it stands second only to the Bill of Rights, and indeed, many of the protections enshrined in the first 10 Amendments to our Constitution can trace their philosophical and political origins all the way back to the 13th century.

Read the rest at TheBlaze.com here.