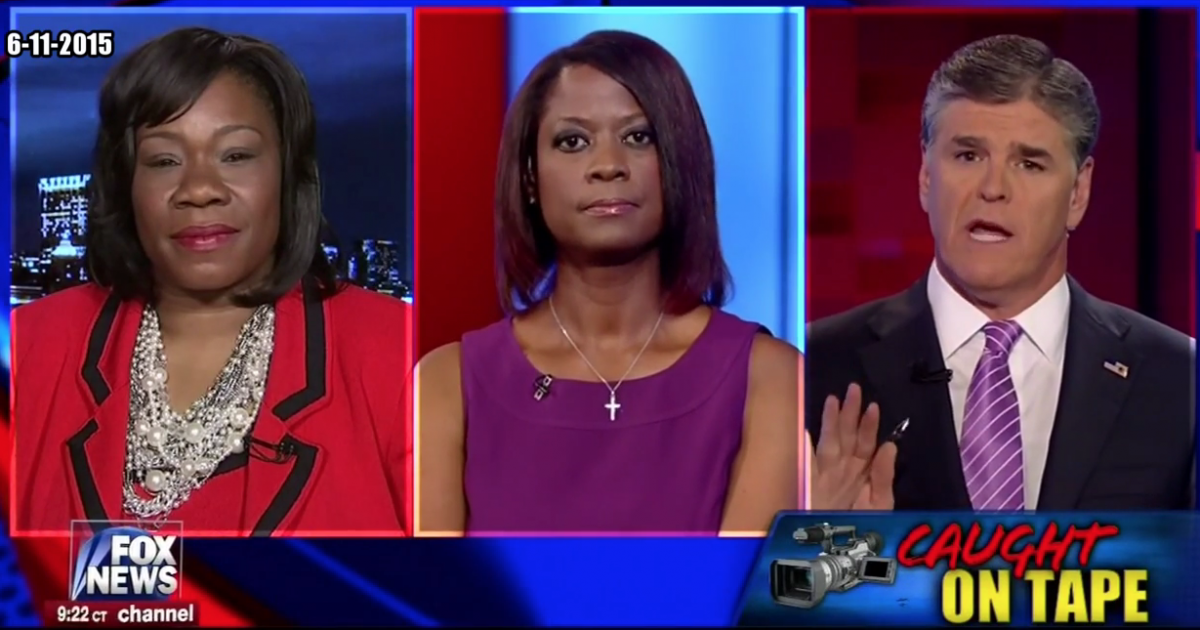 In the wake of mob pressure following the pool party mayhem in McKinney, Texas, Eric Casebolt – the police officer at the center of the controversy – resigned.

The actions of a white police officer forcefully restraining a female black youth fits the mob’s narrative of racist actions by police.

Predictably, the officer’s resignation was not sufficient for the black liberal establishment.

For example, President of the National Bar Association Pamela Meanes is calling for a number of actions for police officers, including making police brutality a criminal offense and “mandatory classes in race relations and stricter mental health testing for officers.”

At a press conference, Meanes dramatically reenacted the highly publicized aggressive actions of the police officer by laying down on the ground with someone’s knee on Meanes’ back.

Watch video of Meanes here (last video on the bottom of page).

Watch Deneen call out Meanes’ press conference theatrics during a debate with her on Hannity.