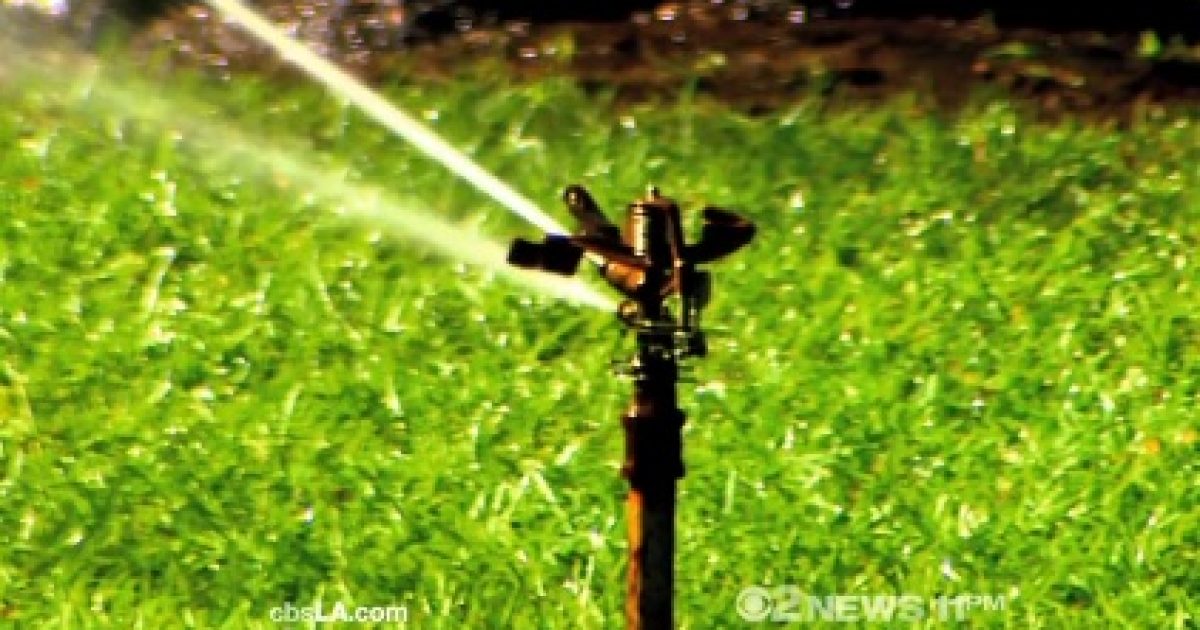 It’s an inconvenient truth that government likes creating and enforcing rules… until they have to follow the rules themselves.

Under the City of L.A.’s Emergency Water Conservation Plan, the type of sprinklers used at the Veterans facility should not be used for more than eight minutes per watering day. And no DWP customer shall water between the hours of 9 a.m. and 4 p.m.

On Tuesday, June 2, CBS2 set up a time-lapse camera and watched the facility’s watering schedule. The sprinklers started up at 8:41 a.m. and continue on well past eight minutes. And past the 9 a.m. deadline.

The watering went on for more than two hours, with the valves being shut off at 10:44 a.m.

…It wasn’t the first time. Last October, when water restrictions were already in place CBS2 caught them watering the same area at the VA facility for nearly six hours.

The VA in West LA is apparently not alone.

The VA facility in Loma Linda also claims it has cut back. But a CBS2 viewer sent in a video recorded on May 26 showing the VA property had a broken sprinkler head that sent water gushing up into the air and then down the drains. CBS2 checked a few weeks later and saw it still wasn’t fixed.

This is a classic case of government’s “do as I say, but not as I do” mentality. While Californians play by the rules and live the consequences of no rain, government picks and chooses which sacrifices they make for the better of the whole. In other words, they are good old fashioned hypocrites.