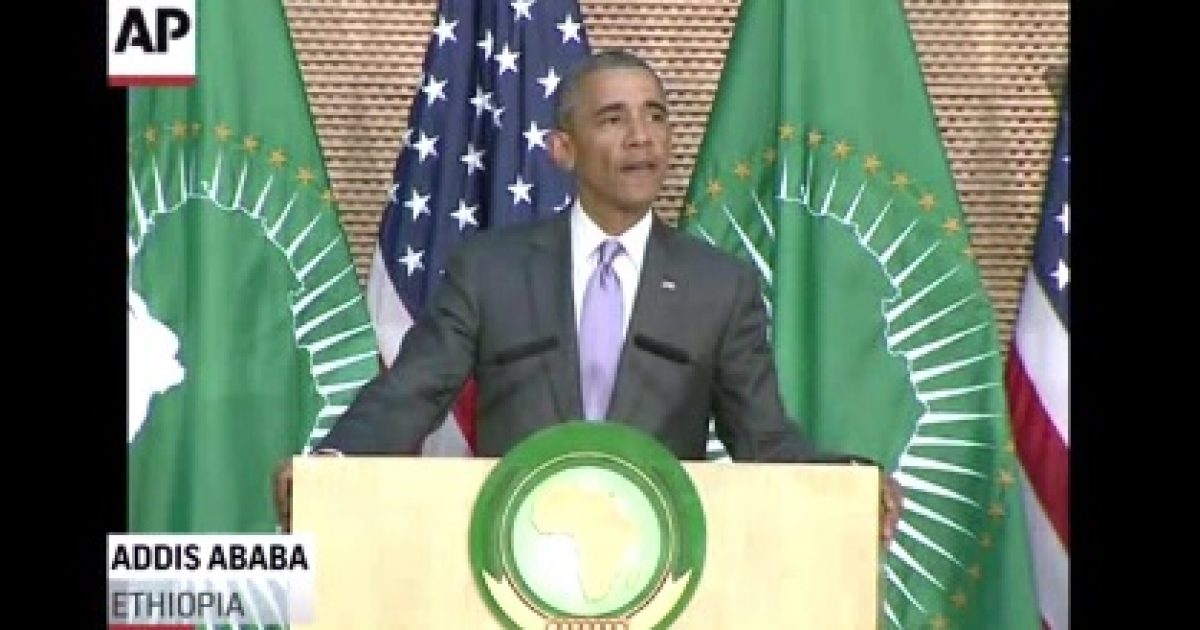 During a speech to the African Union, President Obama said he could win a third term as president, if U.S. law permitted such a thing.

… “Now, let me be honest with you,” Obama said. “I do not understand this. I am in my second term. It has been an extraordinary privilege for me to serve as the President of the United States. I cannot imagine a greater honor or a more interesting job. I love my work. But under our Constitution, I cannot run again.”

“I actually think I’m a pretty good president,” he said. “I think if I ran, I could win. But I can’t. So there’s a lot that I’d like to do to keep America moving, but the law is the law.”

I have two words for the President: dream on! As the President delivered his speech, his approval rating stood at 46%.