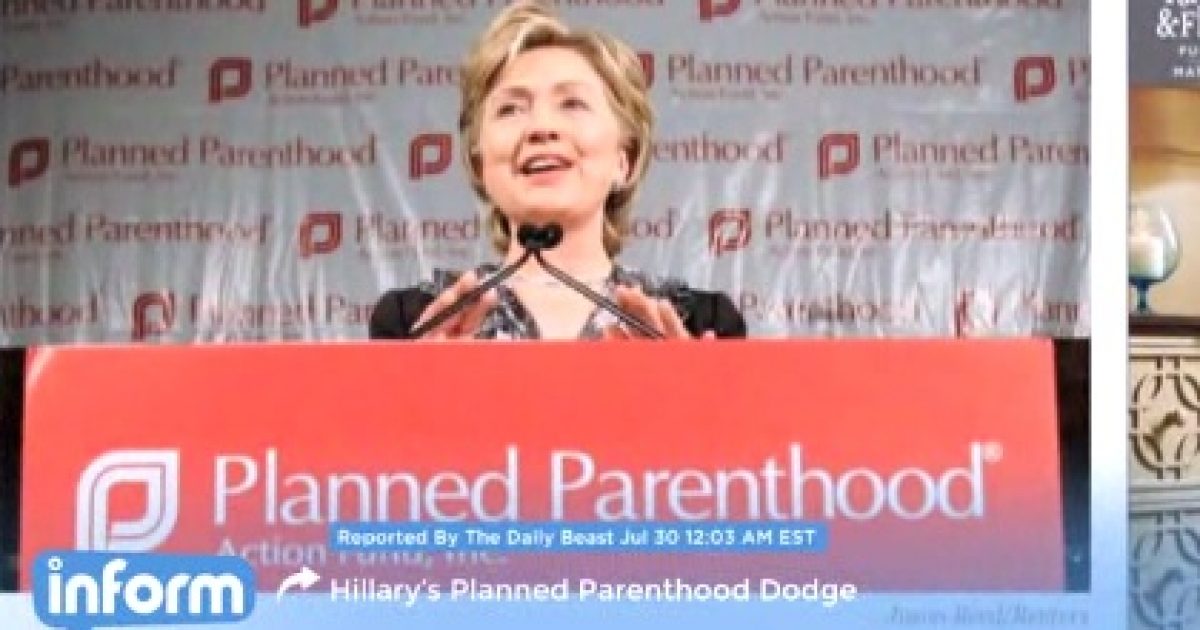 Planned Parenthood lobbied the Department of State many times during Hillary Clinton’s tenure there and received tens of millions of dollars from foreign policy agencies over the past few years, according to a new report.

As secretary of state, Clinton attacked the Mexico City Policy, which bans federal funding of abortion overseas. Her husband revoked the policy during his administration and President Obama lifted the ban upon taking office in 2009. The United States Agency for International Development (USAID), which is tied to the State Department, steered more than $100 million in funding to Planned Parenthood, its international affiliates, and the pro-abortion Population Council between 2010 and 2012, according to the Government Accountability Office—about 20 percent of the nearly $500 million pro-abortion organizations received from taxpayers during that time frame.

There’s no doubt that the Clinton’s are deeply tied to Planned Parenthood. But now that Planned Parenthood doctors were exposed in their own words as the unethical, profiteering criminals that they are, Hillary Clinton is surprisingly distancing herself from the program.

In a one-on-one interview in New Hampshire, the frontrunner for the Democratic presidential nomination said: “I have seen pictures from them and I obviously find them disturbing. Planned Parenthood is answering questions and will continue to answer questions.”

In contrast, Bernie Sanders said this about the Planned Parenthood videos:

“The current attempt to discredit Planned Parenthood is part of a long-term smear campaign by people who want to deny women in this country the right to control their own bodies.”

Time will tell how far Democrat voters are willing to twist their logic to continue making excuses for the leading provider of abortions in the U.S., or if Hillary’s recent comments have given them unspoken permission to question the ethics and integrity of the program.