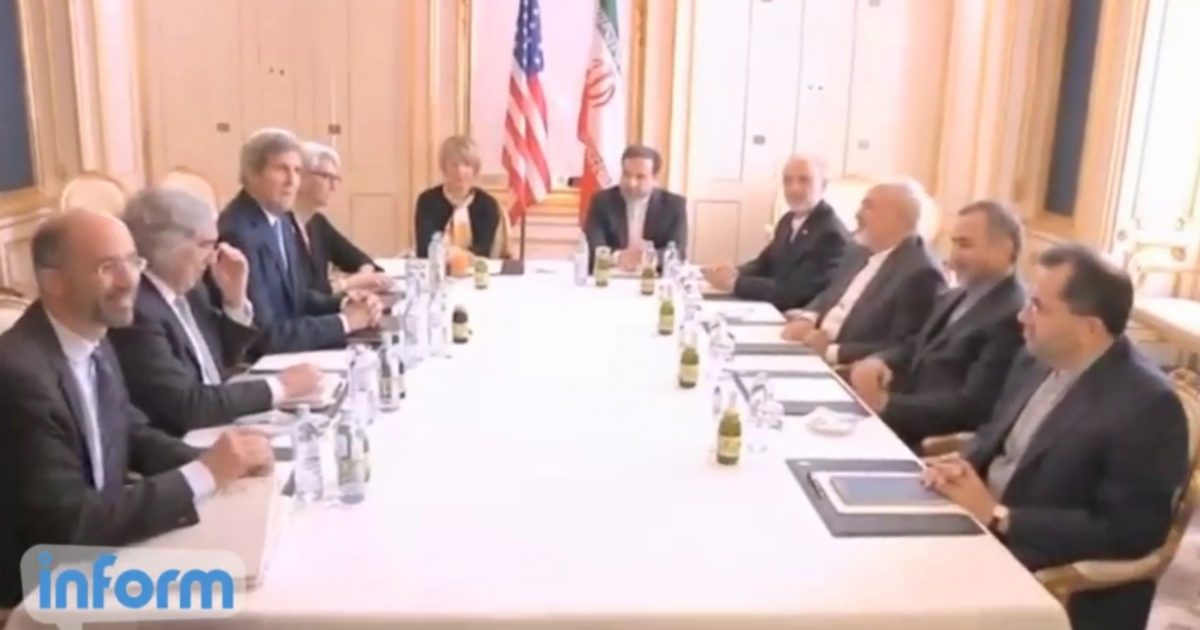 Following the extension of the deadline for the nuclear deal between Iran and the P5+ 1 countries including the U.S., policy experts fear President Obama is on the verge of giving away too much in the final negotiations.

The June 30 deadline for the Iranian nuclear deal has come and gone and the U.S. State Department said the one week extension to July 7 was needed to “allow more time for negotiations to reach a long-term solution.”

During a joint press conference with the Brazilian President Dilma Rousseff, President Obama commented on the Iranian situation, saying, “There’s still some hard negotiations to take place but ultimately it’s going to be up to the Iranians to determine whether or not they meet the requirements the international community has set forth.”

Foreign affairs expert Lisa Daftari says “there’s no surprise in this latest extension” and that “everyone is at risk” globally.

Daftari notes the moving of the negotiating goal posts from a hard line of halting Iran’s nuclear program means the U.S. and its partners are willing to normalize relations with a rouge nation without getting policy concessions from Iran.

“In negotiating, each side has a goal or agenda. The Iranian regime came to the negotiating table to have economic pressure in the form of sanctions lifted. The West, originally wanted to sit down with Iran’s government to curb its nuclear program. Now, it appears the only goal of the West is to normalize relations with the government of Iran after 36 years,” said Daftari.

“This is being viewed as the ultimate political milestone or achievement of our time and perceptibly, something we want more than they do. Unfortunately, the mullahs know it, and are counting on it.”

Daftari believes the Iranian regime has their own set of ground rules including the release of economic sanctions prior to any compromise.

“In the time since the interim deal was announced in early April, the Iranian regime has called for sanctions to be released ahead of any concessions, has announced that military sites are off limits for inspectors and has put American Washington Post journalist Jason Rezaian on trial.”

Daftari continued, “If we connect the dots on their activities in the region and globally in supporting suicide missions, everyone is at risk if the Iranian regime is not held to make serious behavioral changes with regards to its foreign policy, its support of terror and human rights back at home.”

The assessment and concerns made by Daftari were echoed by retired four-star General Jack Keane.

During an interview on Fox News’ “The Real Story with Gretchen Carlson,” Keane believes President Obama is not in favor of military action despite some of our rhetoric. Keane does expect a deal will eventually be made perhaps going beyond the next deadline but it’s going to be weak and allow Iran to increase its power in the region.

Regarding the progress of the talks, Keane said, “we’ve made significant concessions already and I believe the government will be willing to make some more concessions to get this deal on.”

Keane believes, “the concessions are going to be too steep to Iran, it’s going to be too favorable to them and they are going to get a windfall of money back when the sanctions are removed, $100 billion, for them to be able to execute their proxy wars and their state sponsoring of terrorism in the middle east.”

Keane concludes, “Their major foreign policy objective is to dominate the Middle East and they are achieving that and having nuclear weapons is part of their policy objective.”