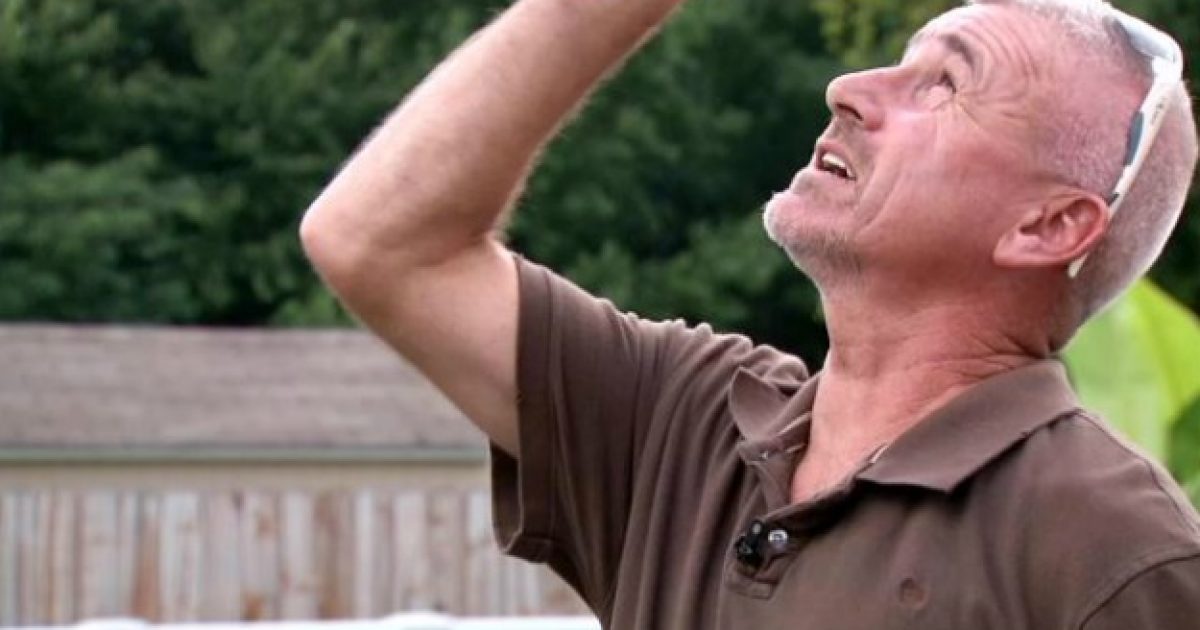 This man shot a drone out of the sky, and he’d probably do it again.

Hillview Police say they were called to the home of 47-year-old William H. Merideth after someone complained about a firearm. When they arrived, police say Merideth told them he had shot down a drone that was flying over his house. The drone was hit in mid-air and crashed in a field near Merideth’s home. Police say the owner of the drone claimed he was flying it to get pictures of a friend’s house — and that the cost of the drone was over $1,800.

For Mr. Merideth, this is a privacy and property issue.

“Well, I came out and it was down by the neighbor’s house, about 10 feet off the ground, looking under their canopy that they’ve got under their back yard,” Merideth said. “I went and got my shotgun and I said, ‘I’m not going to do anything unless it’s directly over my property.’”

That moment soon arrived, he said. “Within a minute or so, here it came,” he said. “It was hovering over top of my property, and I shot it out of the sky.”

“I didn’t shoot across the road, I didn’t shoot across my neighbor’s fences, I shot directly into the air,” he added. It wasn’t long before the drone’s owners appeared. “Four guys came over to confront me about it, and I happened to be armed, so that changed their minds,” Merideth said.

“They asked me, ‘Are you the S-O-B that shot my drone?’ and I said, ‘Yes I am,'” he said. “I had my 40mm Glock on me and they started toward me and I told them, ‘If you cross my sidewalk, there’s gonna be another shooting.'”

Protecting private property from drone surveillance still seems to be uncharted territory for law enforcement. We need to have a discussion at every level of government about what individuals can do to protect their homes from creepy voyeurs who use drone cameras as a proxy for their own snooping eyes.

Merideth said he’s offering no apologies for what he did.

“He didn’t just fly over,” he said. “If he had been moving and just kept moving, that would have been one thing — but when he come directly over our heads, and just hovered there, I felt like I had the right.”

Sounds reasonable to me.