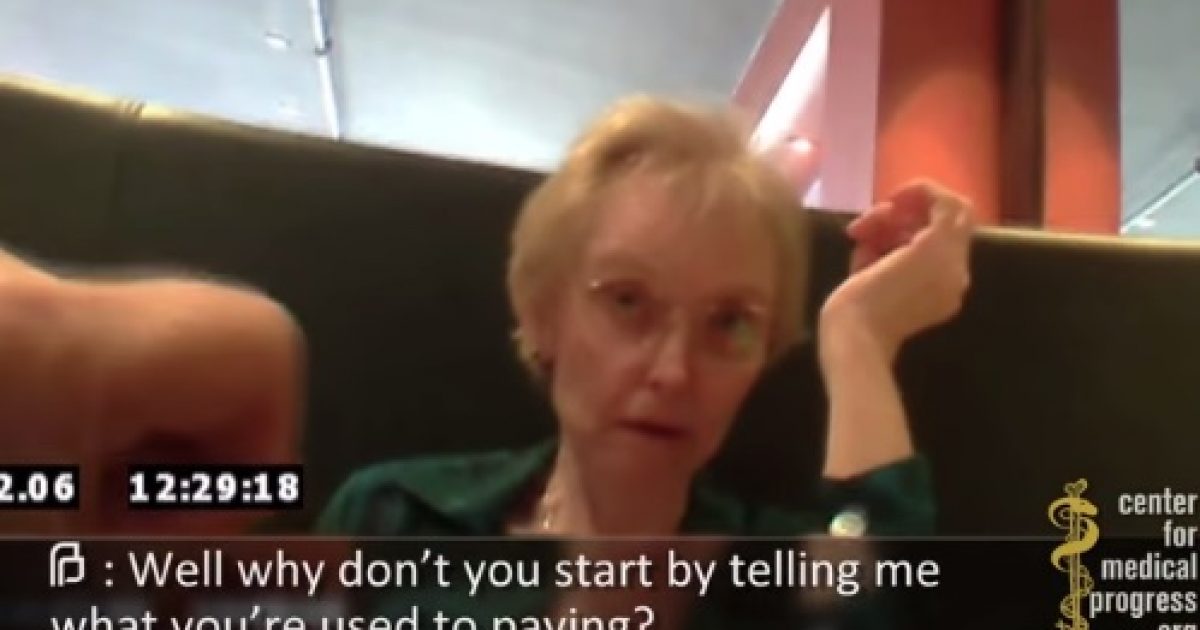 “I want a Lamborghini.”

A new undercover video shows a top Planned Parenthood official discussing “less crunchy” techniques to get “whole specimens” and haggling over the price of fetus tissue sales because she wants “a Lamborghini.”

The video released Tuesday morning, the second put out by the Center for Medical Progress, features a woman identified as Dr. Mary Gatter, who was president of the Planned Parenthood Medical Directors’ Council until 2014 and now works in a leadership and advisory capacity at the local and national level of the organization. Over drinks, Gatter and the undercover activists discuss “specimen” prices, eventually settling at $100 for “intact tissue.”

“It’s been years since I’ve talked about compensation, so let me just figure out what others are getting,” says Gatter, during a conversation alleged to have occurred on Feb. 6. “If it’s in the ballpark then that’s fine, if it’s low we can bump it up.”

It is against federal law to sell fetal body parts. Planned Parenthood has maintained it donates the specimens, charging only for the expenses it incurs.

It is sicking to the very core to think this is our tax dollars at work.

Planned Parenthood has received nearly $46 million in federal grants in 2015, according to government records, for non-abortion-related activities. The organization has taken in more than $207 million in federal funds since 2012.

When asked on Monday if the White House would reconsider federal funding for Planned Parenthood, press secretary Josh Earnest said, “No.”

There are no words to truly describe how disgusting it is to watch people negotiating over the sale of the body parts of an aborted human being. How did we get here as a society?