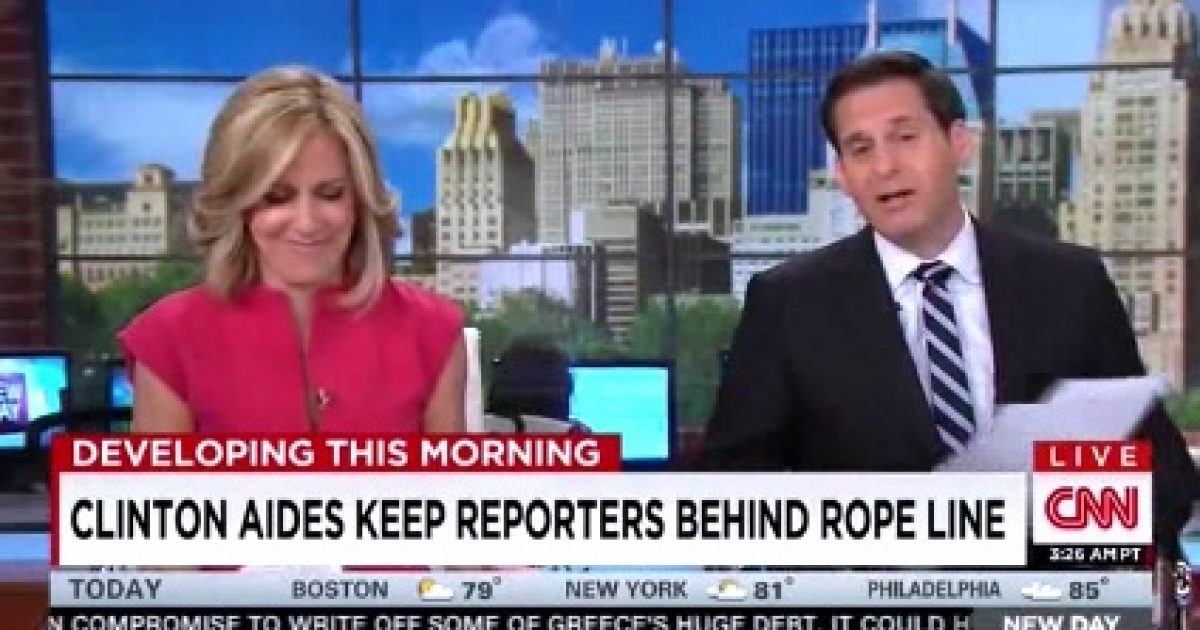 In a move that turned Hillary Clinton’s cautious and controlled attitude towards media into a parody of itself, the presidential contender actually “roped off” reporters during a Fourth of July parade in New Hampshire.

Reporters were reportedly allowed to get close to Clinton but were later herded away by campaign aides concerned about crowd control. “Spectacle of Clinton as candidate — press being pulled along with a rope,” tweeted New York Times presidential campaign correspondent Maggie Haberman.

The campaign responded to the outrage, telling CNN: “While the GOP might want to spin a good yarn on this, let’s not get tied up in knots. We wanted to accommodate the press, allow (Clinton) greet voters (sic.) And allow the press to be right there in the parade with her, as opposed to preset locations.”

However, the optics of reporters being corralled along at the event, in Gotham, N.H., did not look good and added to the criticism that Clinton, unlike other 2016 presidential candidates, is shielded from reporters and their questions and as a public figure is cloaked in secrecy.

This move was the opposite of what the Clinton campaign should be doing to make Hillary appear more accessible and down to earth (not that I am complaining). But especially after the recent release of a series of embarrassing emails revealing Hillary’s disorganization in her role as Secretary of State, this just further proves how out-of-touch Hillary is, along with the people she surrounds herself with.