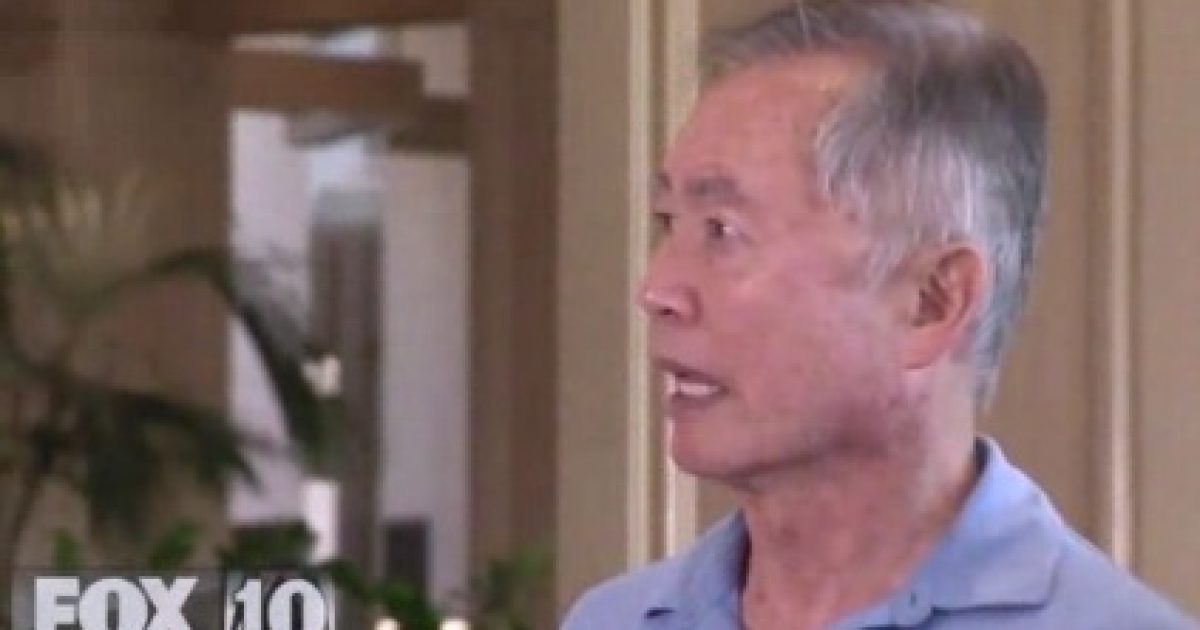 In typical fashion, the liberal outrage machine believes that offensive personal attacks and racial slurs are unacceptable….unless you disagree with their agenda. Then, no attack is off the table.

Actor and gay rights advocate George Takei is slamming Supreme Court Justice Clarence Thomas after his dissent to last week’s decision legalizing same-sex marriage nationwide claimed that the government can neither give nor take away human dignity.

“He is a clown in blackface sitting on the Supreme Court. He gets me that angry,” the former “Star Trek” star said in an interview with Fox 10 this week in Phoenix, standing alongside his longtime partner and husband.

“For him to say slaves had dignity … I mean, doesn’t he know slaves were chained? That they were whipped on the back?” Takei asked.

Dissenting in the 5-4 Supreme Court same-sex marriage case, Thomas, an African-American, reflected on the origins of human dignity within society, invoking the belief that humans have God-given “inherent worth.”

If the racist slurs don’t fit their progressive narrative, they stand silent like the hypocrites and cowards they are.