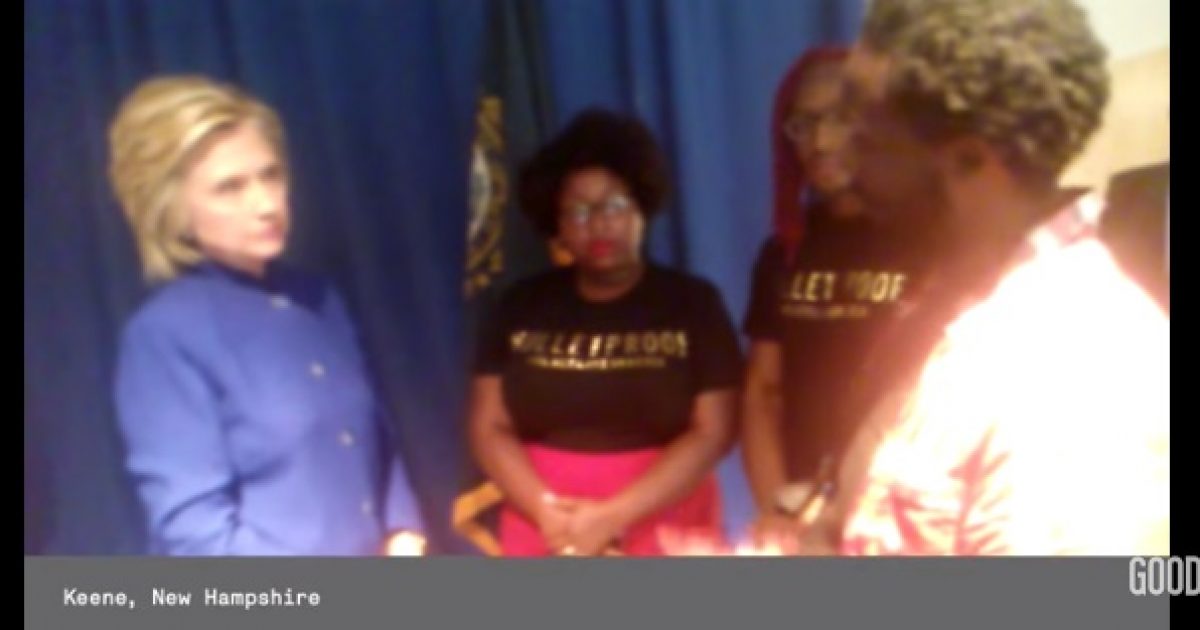 The video is visceral and raw: Hillary Rodham Clinton — the presidential candidate so often faulted for insulating herself from voters and critics alike —in a tense, awkward, unscripted moment.

A Black Lives Matter activist, Julius Jones, demands, at great length, that Mrs. Clinton acknowledge her culpability for supporting criminal justice policies put in place by her husband’s administration that wound up harming black Americans — and say how she would change “hearts and minds” to address what he calls a virulent strain of “anti­blackness” that reaches all the way back to slavery.

Mrs. Clinton, after listening and nodding for several minutes, responds calmly that her life’s work has been helping the nation’s poorest children, many of them black, before turning the tables on the much younger man and demanding instead to know how he plans to turn his deeply felt emotions into meaningful, lasting change.

Hillary’s answer was not enough to satisfy the activists, who later told reporters that she “did what most white people do” after being confronted by a black person.

According to Real Clear Politics:

Black Lives Matter activist Elle Hearns appeared on CNN … and analyzed what Hillary Clinton did wrong in her interaction with other activists from the group. Hearns said Clinton “did exactly what most white people do when they are faced with direct questions from black people.”

Asked why the group feels like they haven’t been heard after receiving lots of attention from crashing presidential campaign events, Elle Hearns said, “a white person would say that.”

Umm okay…. whatever that means.

Of course, the Black Lives Matter movement continues to ignore the root causes of the problems plaguing the black community: progressive policies. Failing government-run schools, over taxation, over-regulation that drives up energy prices and destroys jobs for black Americans, illegal immigration run amok all have a direct, negative effect on the black community. Incidentally, they are also all policies championed by the Democratic Party.

Hillary Clinton did raise an interesting question to the activists who confronted her backstage… when they aren’t shouting down politicians and demanding to be heard (on what policy agenda specifically, we are still unsure), what are they actually doing to empower themselves and their communities?