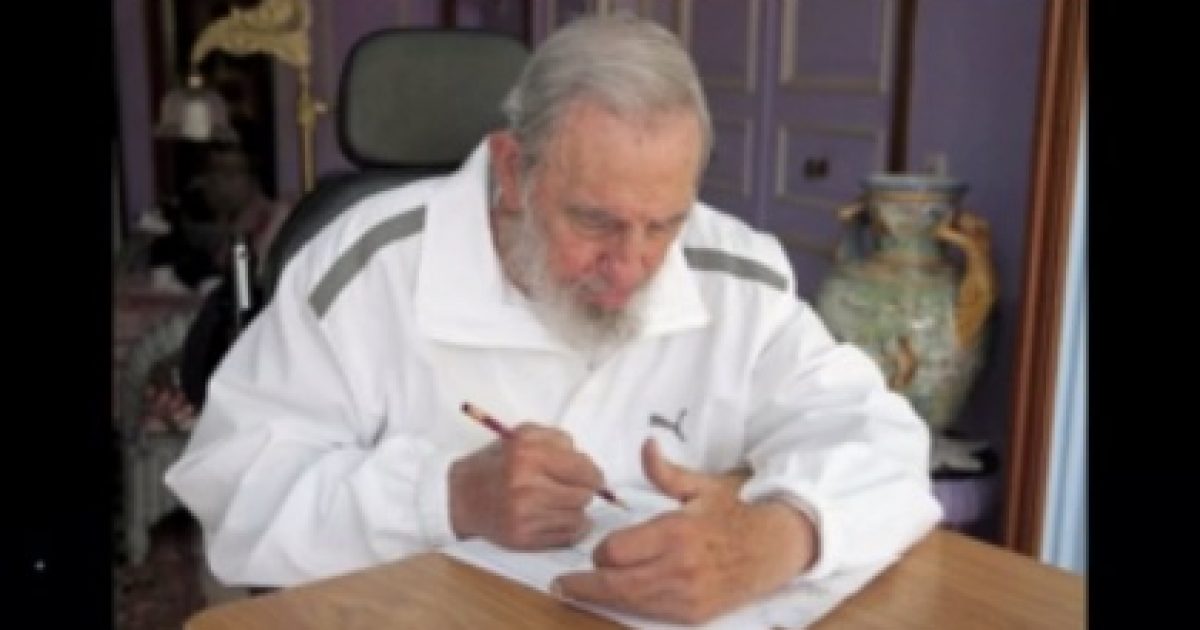 Fidel Castro had the audacity to claim that America owes Cuba millions of dollars, and he said it the day before John Kerry will raise the flag over America’s reopened embassy in Cuba.

Fidel Castro marked his 89th birthday Thursday by insisting the United States owes Cuba “many millions of dollars” because of the half-century-old American trade embargo.

Castro spoke out in an essay published in local media a day before US Secretary of State John Kerry makes a historic visit to Cuba to reopen the US embassy as part of the countries’ restoration of diplomatic relations. The trade embargo that the United States slapped on communist Cuba in 1962, three years after Castro seized power by ousting a US-backed regime, remains in effect despite the thawing.

President Barack Obama wants Congress to lift it, although US officials say this will take time and is not an automatic part of the restoration of ties as it requires congressional action. Many Republicans, who control both chambers of the legislature, oppose the idea, insisting Cuba has to improve its human rights record and make other democratic reforms.

Aside from the obvious human rights violations, censorship issues, and Cuba’s function as a sanctuary for U.S. fugitives, there is one tiny detail that Castro seems to have forgotten: Cuba owes an estimated $6 billion in assets seized from Americans after the Cuban revolution.

So if the White House is feeling generous, they can just let the Castro family subtract those millions from Cuba’s outstanding tab of billions owed to the United States.