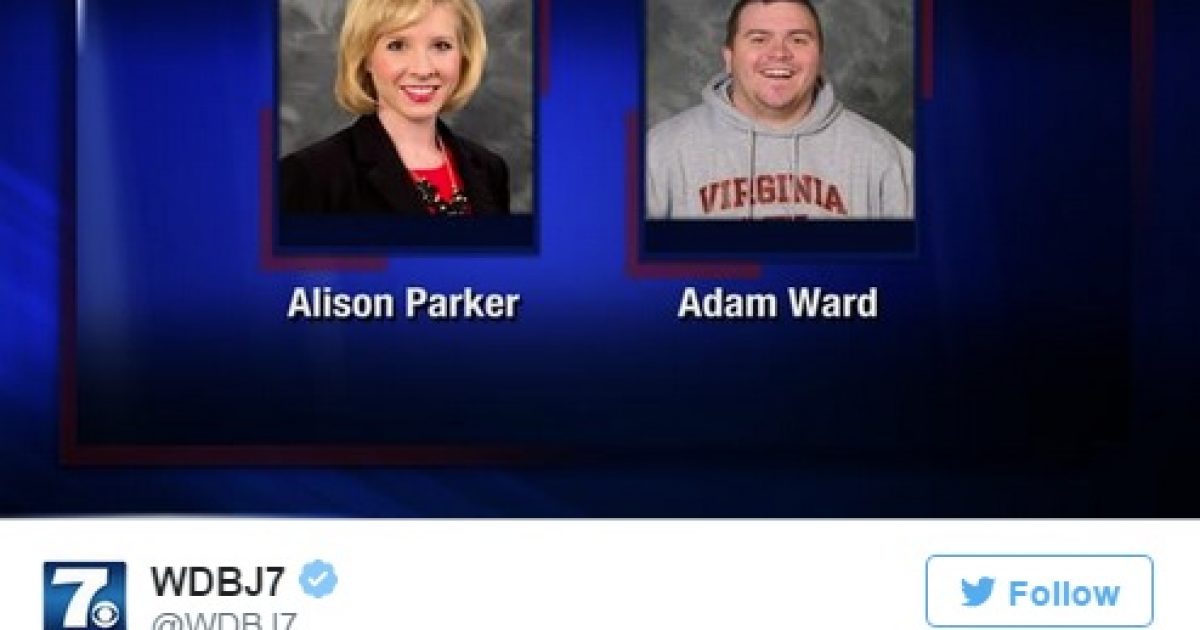 Our thoughts and prayers go out to the families of 2 young journalists in Virginia, ages 24 and 27, who were shot and killed on an early-morning broadcast this morning, August 26, 2015.

A gunman killed a reporter and photographer during a live interview about a local business in Franklin County, Virginia, on Wednesday morning, according to CNN affiliate WDBJ, the two journalists’ employers. Parker was interviewing a woman at approximately 6:45 a.m. when the shots rang out and both women screamed.

As the camera fell to the ground, the audience got the briefest glimpse of a man who appeared to pointing a gun toward the downed cameraman. The station cut away to a shocked anchor, Kimberly McBroom, back in the studio.

The story is still developing, there has been no information released on the gunman yet, who is still on the loose.

There is video available of the broadcast during which the shooting occurred, but out of respect for the families of the victims, we will not be posting it here.

Update from NY Daily News, 10:24 am: The suspect is thought to be a disgruntled employee, according to VA Governor Terry McAuliffe.