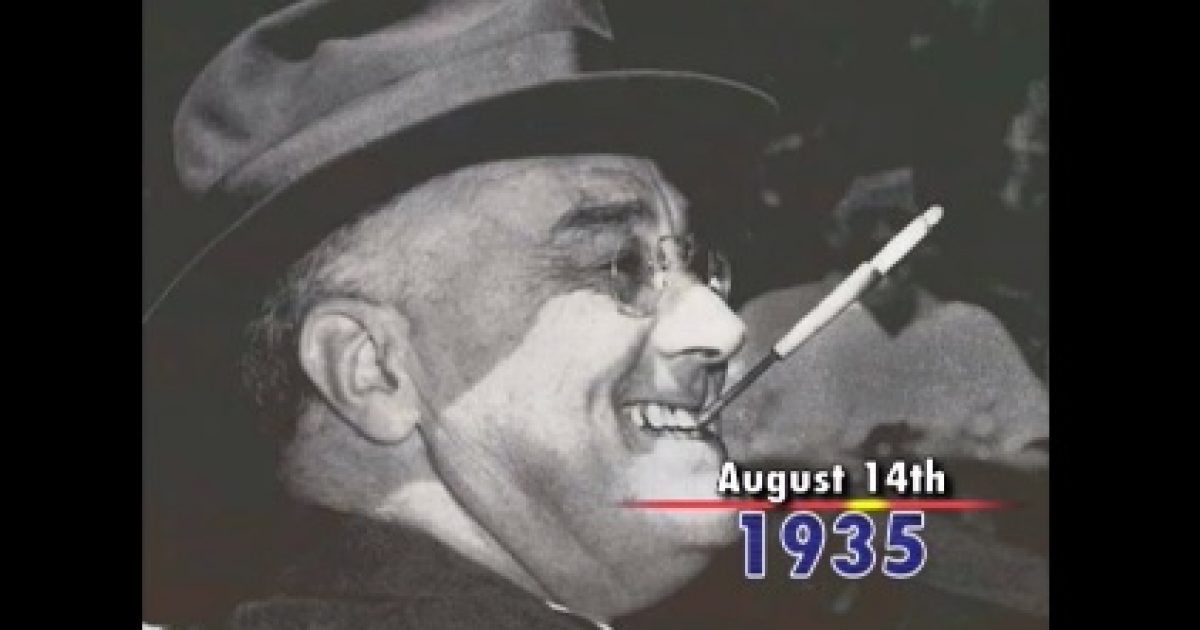 According to the History Channel, on this day in history, 80 years ago:

On this day in 1935, President Franklin D. Roosevelt signs into law the Social Security Act. Press photographers snapped pictures as FDR, flanked by ranking members of Congress, signed into law the historic act, which guaranteed an income for the unemployed and retirees. FDR commended Congress for what he considered to be a “patriotic” act.

Today, the costs of the entitlement program are threatening the economic security of the nation.

As Barbara Boland points out in The Washington Examiner, the government owes WAY more than the $2.7 trillion in Social Security benefits they claim to owe:

That’s the number the government reported in 2014 — but in actuality, the government owes a staggering $27.9 trillion in unfunded Social Security liabilities over the next 75 years. That huge number is not reported as part of the national debt due to the fact that the federal government keeps benefits owed completely off the books.

The government’s “cash accounting” allows the government to ignore these huge future liabilities, which means it doesn’t yet have to recognize the burden. The IRS doesn’t allow a corporation that makes over $5 million dollars to use Congress’ method.

The numbers don’t lie about Social Security’s real costs, but politicians do. That’s why Boland put together a great list of “Social Security Myths” that progressives have told voters about the bloated and broken entitlement program. Check it out here.