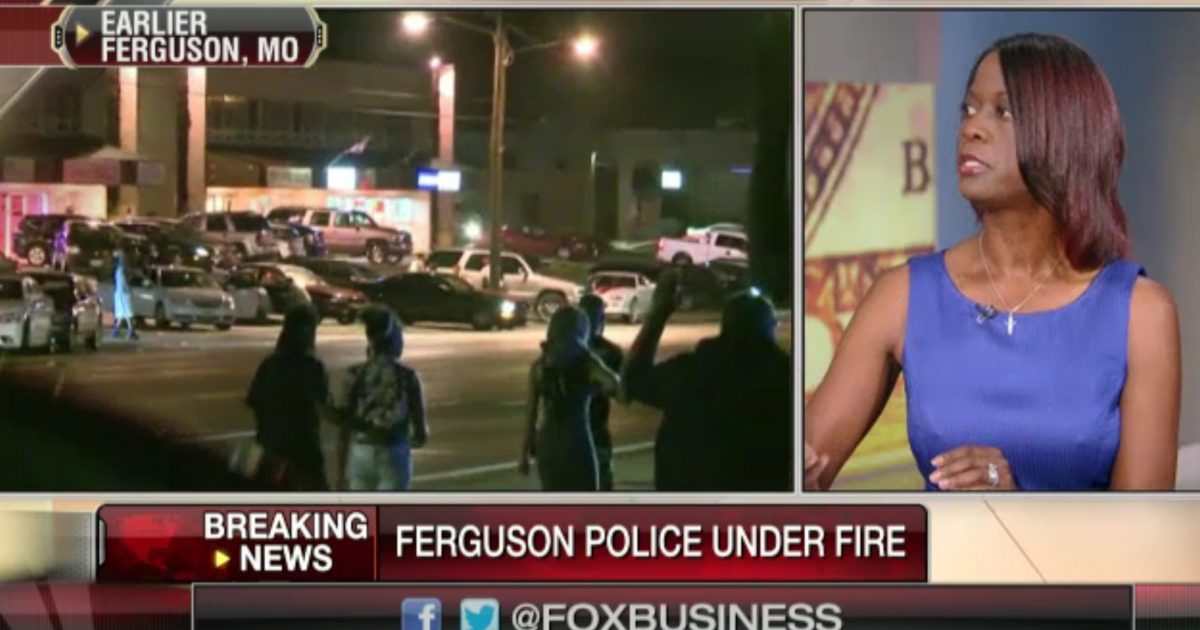 While protestors in Ferguson, Missouri marched to mark the one year anniversary of the shooting death of Michael Brown, gun shots were fired sending some protestors scrambling for cover.

Deneen discusses this topic as well as race in America and the economy on Fox Business Network’s Mornings with Maria with guest host Sandra Smith.