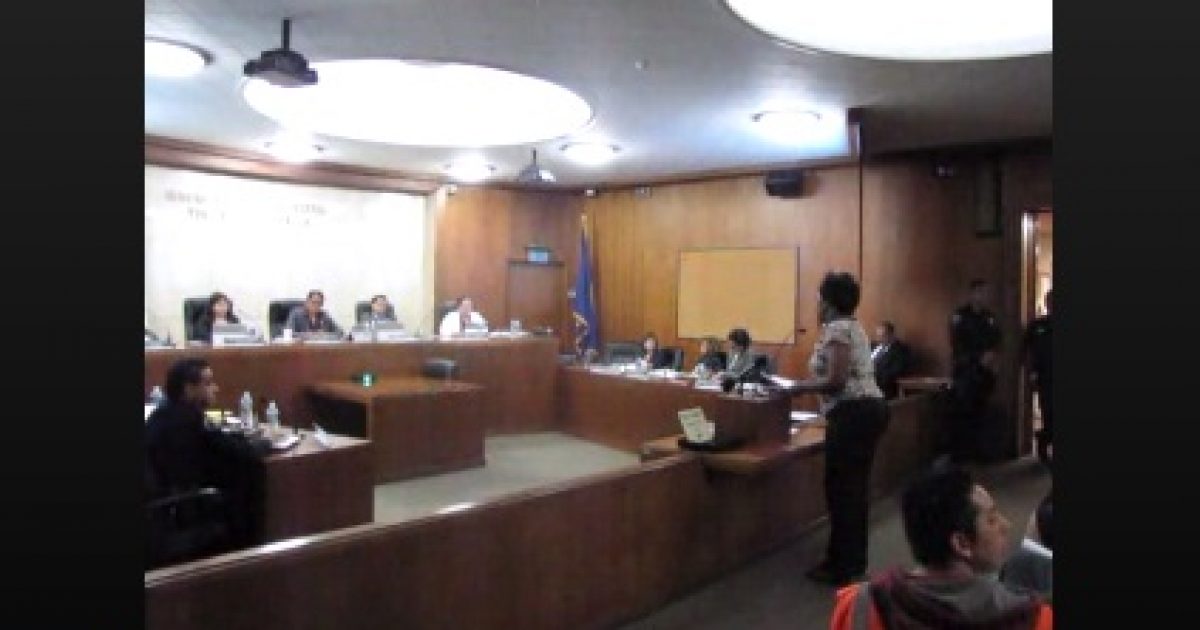 Enough is enough, says this Hawthorne area LA resident who is fed up with her council’s decision to abandon the laws of the land and appoint two illegal immigrants to city commissioner positions. At one point during the meeting, someone supposedly compared the plight of undocumented immigrants to slavery, a point which she eviscerated in her statement to the council.

You have to watch this video of Chanelle Temple setting her local town council straight- it speaks for itself:

Breitbart News transcribed her statements to the council:

Where there is no law, the people perish. In the U.S. we have one rule of law. I also want to talk about the Fourteenth Amendment, which was added to the Constitution in regards to blacks being given birthright citizenship because blacks helped build this country, including the White House—twice.

Please do not tarnish the name of black slaves by comparing them to your plight. There’s no comparison. None. Black slaves did not break into this country, okay. They were brought here against their will. Also, black slaves are not immigrants. Immigrants are people with a choice, they come here by choice. Black slaves didn’t have choice.

…This country has been good to illegal immigrants. You have been given jobs, houses, tax money, free tax money, welfare, Social Security, they open up business for you guys, et cetera.