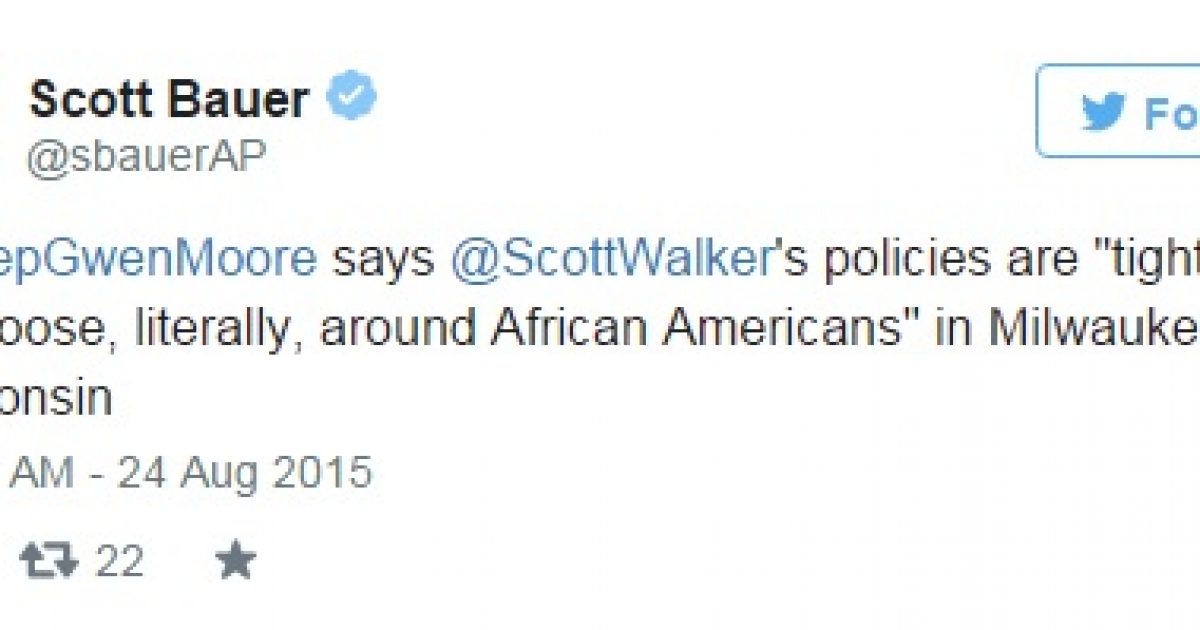 Moore, who is black and represents the city of Milwaukee, Wisc., made the comments during a conference call with reporters timed to coincide with the Wisconsin Governor’s arrival in South Carolina.

According to a local Fox affiliate, the policies Moore believe are comparable to lynching are “Walker’s opposition to raising the minimum wage, requiring voters to show photo identification at the polls, and requiring drug testing for public aid recipient…”

Someone who dares to compare conservative fiscal policies and government accountability reform ideas to lynching either has no idea what lynching is, or a fundamental disrespect for the actual struggles of those who endured life under Jim Crow laws.

Comments like Rep. Moore’s minimize those with real struggle, while scoring cheap political points to get her name relevant in the media cycle.