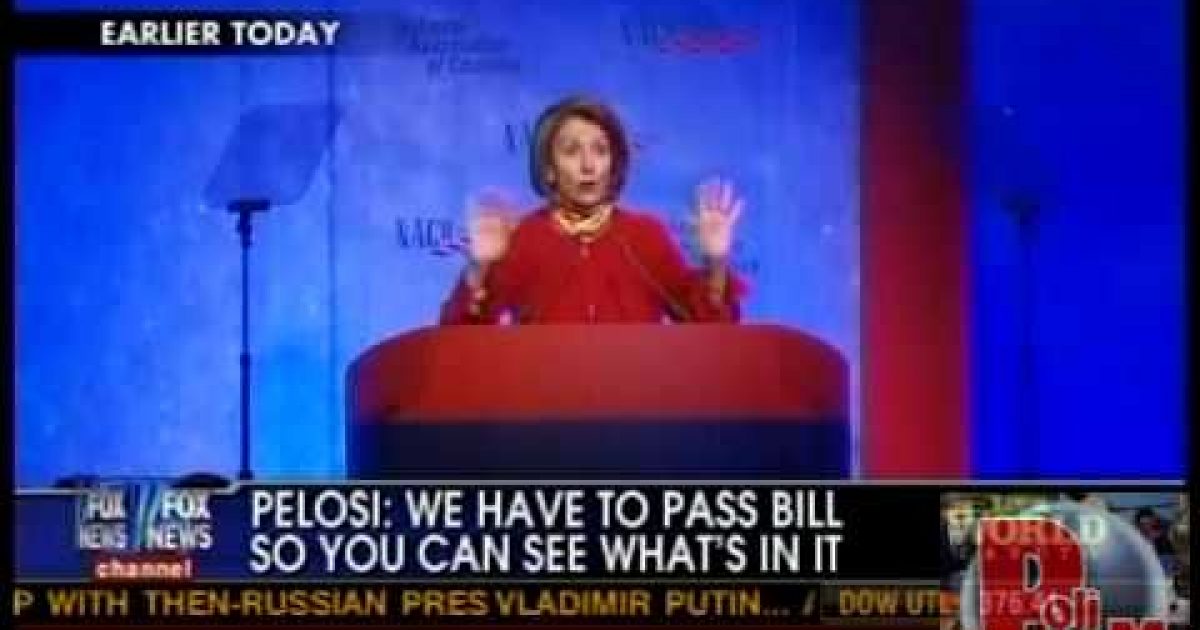 House Minority Leader Nancy Pelosi is famously quoted for her Obamacare blunder that Congress had to “pass the bill so you can find out what’s in it.”

Now, here’s another gaffe we can add to the history books: Nancy Pelosi recently admitted that she has not seen the horrific Planned Parenthood videos, but she can tell you with certainty they are inaccurate.

House Minority Leader Nanci Pelosi, D-Calif., questioned the truthfulness of the undercover videos that show Planned Parenthood employees discussing the harvesting and sale of fetal organs, while admitting that she has not watched the videos.

“I don’t stipulate that these videos are real, and the fact is that the [fetal tissue] research that is being criticized … [is] being supported,” Pelosi said Sunday on CNN’s “State of the Union” with Jake Tapper. “I also know that some of it is not real and you can create any reality that you want,” she said, while admitting that she has not seen the videos, and has only read news reports about them.

Over the years, Nancy Pelosi has slowly become a caricature of herself and the passive nature of Democrats who blindly fall in line with the rhetoric of the progressive agenda. No questions asked. Just tell me where to stand, and what to say!

Someone needs to remind Pelosi that she does, in fact, have to watch the Planned Parenthood videos to find out what’s actually in them.