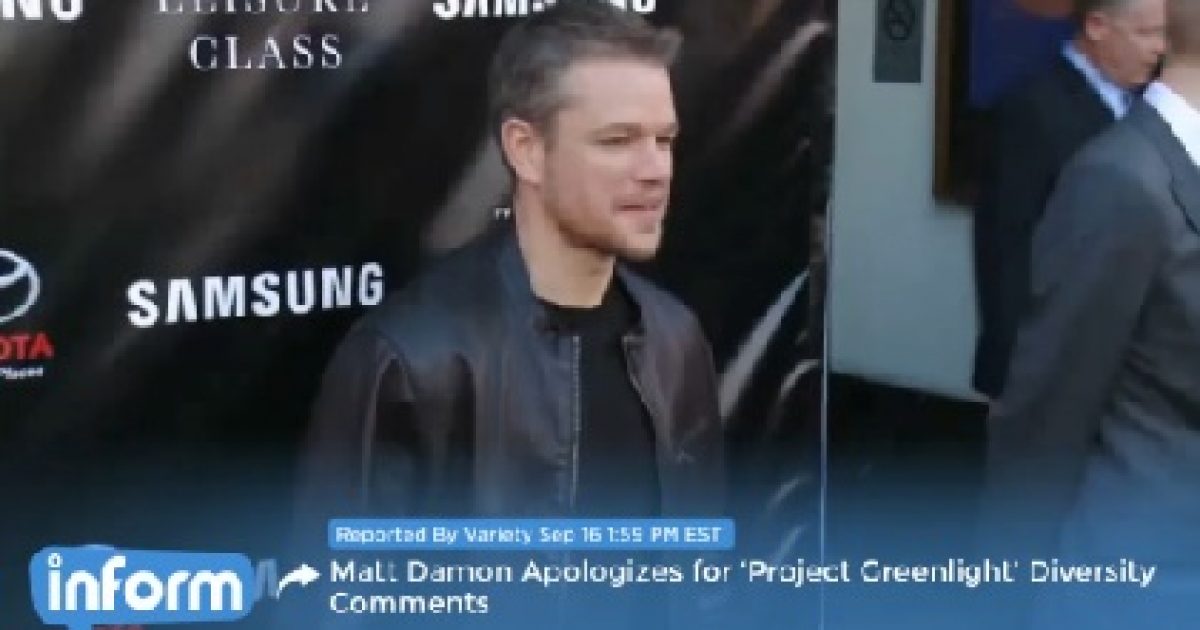 Woops. The P.C. Police have claimed another victim, and this time it is one of their own! Liberal Hollywood’s golden boy Matt Damon is catching major heat from fellow progressives on social media for making comments critical of affirmative action during an episode of his film directing competition show, Project Greenlight.

Michelle Malkin described the incident in a commentary for National Review:

Here’s what happened. Damon (along with his progressive pal Ben Affleck) co-produces the television series Project Greenlight, which gives wannabe filmmakers the opportunity to compete for a shot at directing their first feature film. The current season’s prize script features a man who weds a black prostitute after being abandoned at the altar. On this week’s episode of the show, aired on HBO, Damon dressed down black female producer Effie Brown for pushing the judges to give special consideration to a directing duo consisting of a white woman and a Vietnamese-American man.

An impatient Damon retorted: “When we’re talking about diversity, you do it in the casting of the film, not in the casting of the show.” An offended Brown responded as if the wind had been knocked out of her: “Hooh! Wow, okay.” Damon went on to remind Brown that the rules of the competition called for judging candidates “based entirely on merit.” And that politically incorrect principle set his loony liberal friends’ hair on fire.

Character over color, and skill over skin. What a horrifyingly offensive dream! (Right, Dr. King?….)

Malkin continues on to savor the irony of the Lefty outrage against Damon.

Hypocritical Hollywood touts its fealty to token racial, ethnic, and gender “diversity,” but like every major institution dominated by the Left, it demands the most extreme political conformity. Conservatives in the performing arts are ostracized, blacklisted, and closeted. Conservative minorities are humiliated as sellouts, puppets, Uncle Toms, and Aunt Tomasinas. Meanwhile, the militantly intolerant entertainment industry pays off race hustlers Jesse Jackson and Al Sharpton to mollify the diversity racketeers — without ever having to be held accountable for Hollywood’s institutional failure to meet the “diversity” standards they demand of others.

You can read the rest of the commentary at National Review here.