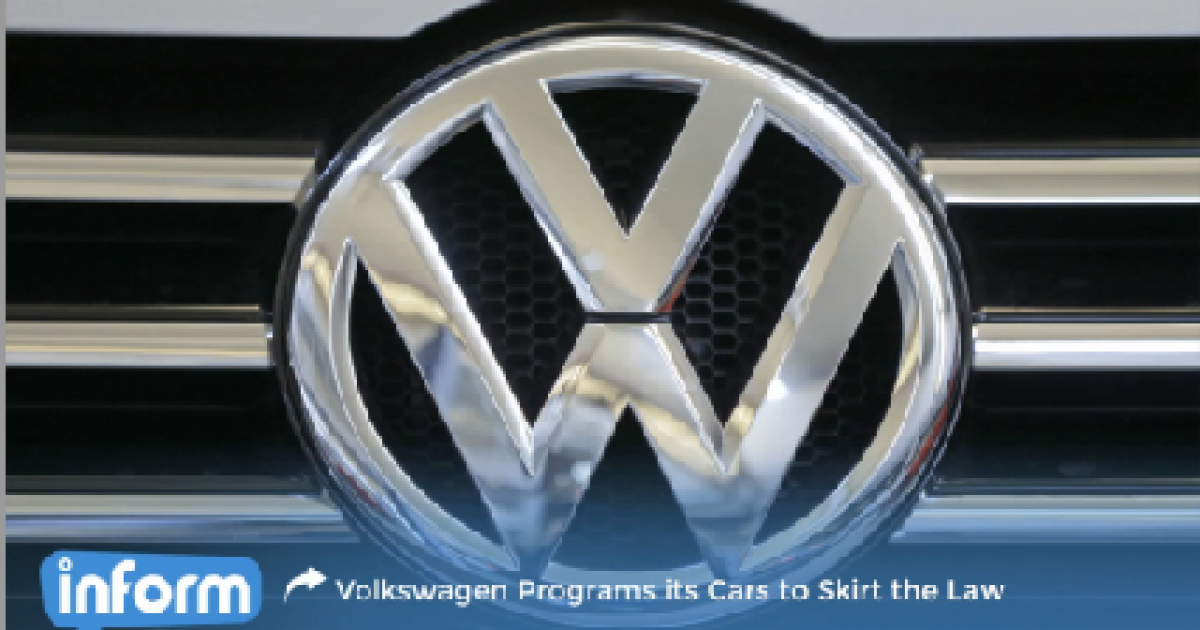 How do you say “oops” in German? Volkswagen has made a mistake violating federal EPA emissions standards that could end up costing the company up to $18 billion.

VW could face up to $18 billion — or $37,500 per vehicle — as well as criminal prosecution for allowing vehicles to emit up to 40 times legally allowable diesel pollution. The automaker is likely to be compelled to recall the vehicles to fix the software — or the agency could force a recall through a court order. The EPA said the vehicles software intentionally “detects when the car is undergoing official emissions testing, and turns full emissions controls on only during the test.”

… This is the latest example of automakers not following the miles per gallon and emissions rules. EPA has imposed major fines and investigated miles overstatements. Last year, Hyundai and Kia Motors Corp. agreed to a record-setting $360 million settlement for overstating fuel economy ratings.

What Volkswagen did is dishonest, and could be considered false advertising to customers who may use carbon emissions to determine which car they want to purchase. However, the punishment here seems way bigger than the crime. If people want their money back, give refunds to the customer, not the government. This is not a regulatory issue, this is a shakedown.

EPA said “owners should know that although these vehicles have emissions exceeding standards, these violations do not present a safety hazard and the cars remain legal to drive and resell. Owners of cars of these models and years do not need to take any action at this time.”

So really, everything remains the same, the amount of carbon emissions being released on the roads daily remains the same for now, except now the government may have up to $18 billion more dollars than they did the month before.

There is a silver lining to this government forced redistribution of wealth: Maybe they can use that money to clean up the EPA-caused Animas River spill…