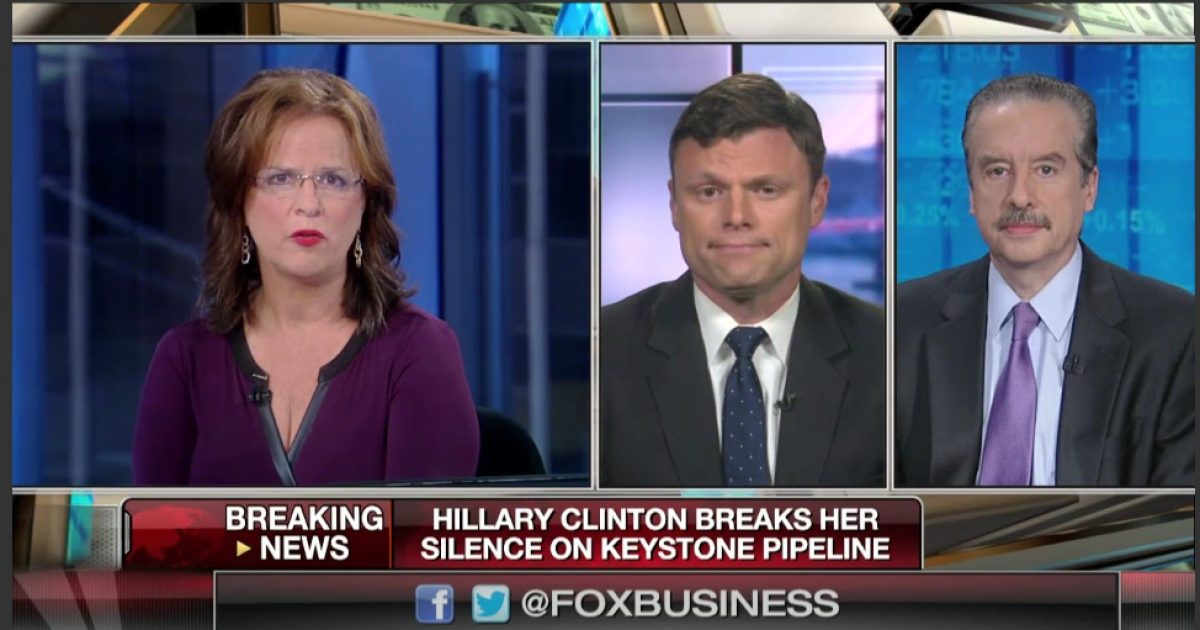 Hillary Clinton finally announced her decision on the construction of the Keystone XL pipeline.

In a desperate effort to change the focus from her email scandal and placate to the demands from the radical environmental lobby, Clinton stated she is opposed to the pipeline project.

I discussed Clinton’s decision on Making Money with Charles Payne on the Fox Business Network with Christian Whiton and guest host Liz MacDonald.