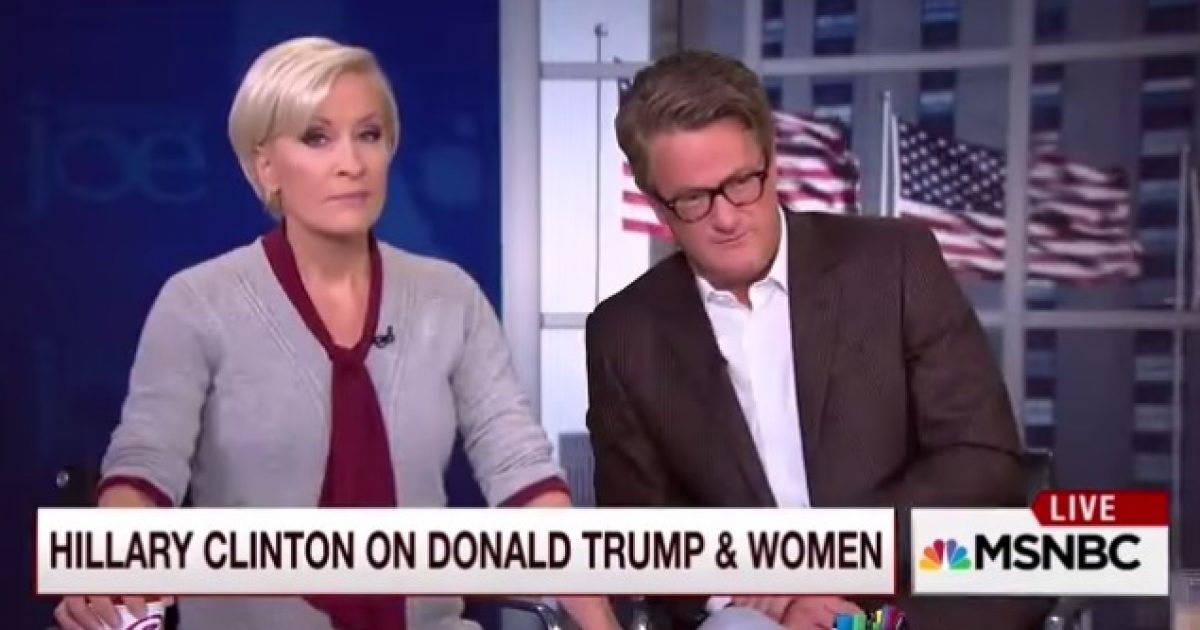 Morning Joe’s Mika Brzezinski has traditionally been a frequent Hillary Clinton cheerleader and apologist, but boy has she really changed her tune.

Mika Brzezinski, liberal co-host of MSNBC’s “Morning Joe,” said Tuesday that it was “pathetic” for Democratic presidential candidate Hillary Clinton to charge one of her opponents with sexism…Brzezinski, who has written two books on women empowerment in the workforce, said Clinton was being disingenuous.

…”That wasn’t even funny, that’s pathetic,” Brzezinski said. “I know sexism. Hillary Clinton knows sexism. She should know better than to let her staff make her do that. She needs to do better. She needs to get out there and tell everyone to stop writing lines for her, they’re bad,” Brzezinski continued. “Really bad. And when we talk about sexism, when we talk about women and equal pay and all things things that are important, let’s not denigrate it with that stupidity. Let’s not. Because we embarrass ourselves. I’m like, cringing.”

This is typical Hillary Clinton. She is a professional political panderer who defaults to identity politics. The only difference is, her fans at MSNBC used to back her up. These days it seems that the hosts of Morning Joe are the toughest critics of the Clinton campaign.

They have called her stump speeches “horrific.” They have restricted her campaign reps and surrogates from coming on their show.

I have to say, I didn’t ever see this coming, but it sure is fascinating to watch….

If you need to see it to believe it, there is a video posted here: