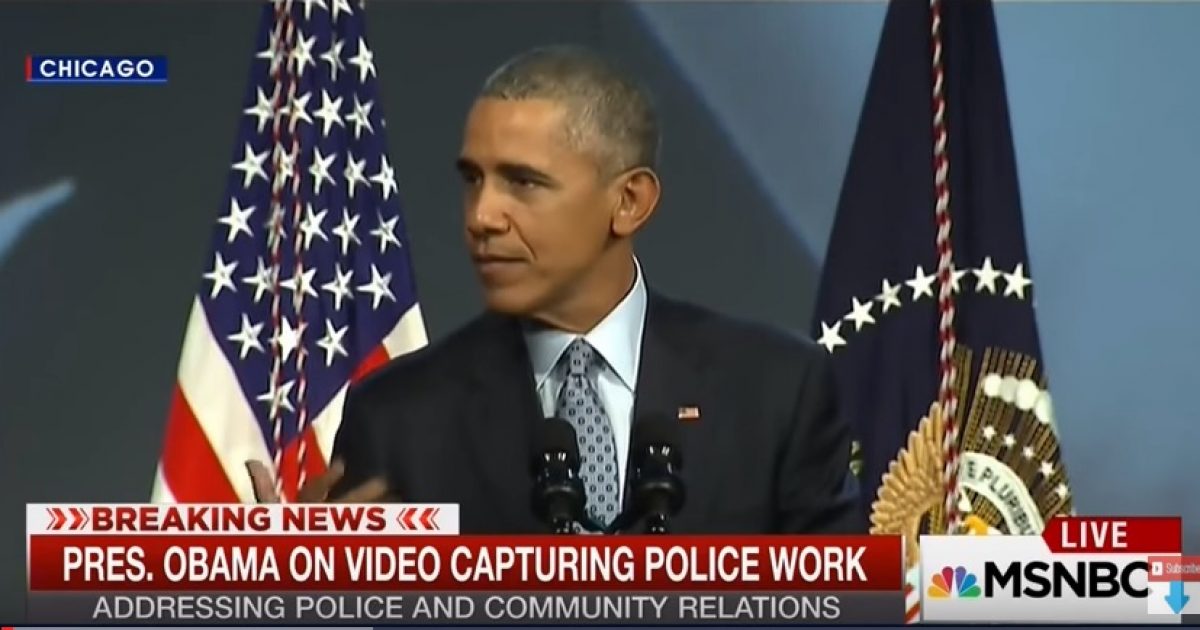 President Obama addressed the International Association of Chiefs of Police’s annual conference in Chicago this week. He used the platform as a political opportunity to play the race card, rather than an opportunity to unite and lead.

“Most of the time I got a ticket, I deserved it. I knew why I was pulled over but there were times where I didn’t. And as a report that came out just this week reminded us, there are a lot of African-Americans not just me who have that same kind of story of being pulled over or frisked or something and the data shows that this is not an aberration. It doesn’t mean each case is a problem. It means that when you aggregate all the cases and you look at it, you got to say there’s some racial bias in the system. Now, problems of racial justice or injustice have been running themes throughout this country’s history in every institution.”

Obama’s comments were made exactly 1 week after FBI Director James Comey warned law students that escalating tensions between law enforcement and the black community has resulted in a spike in homicides.