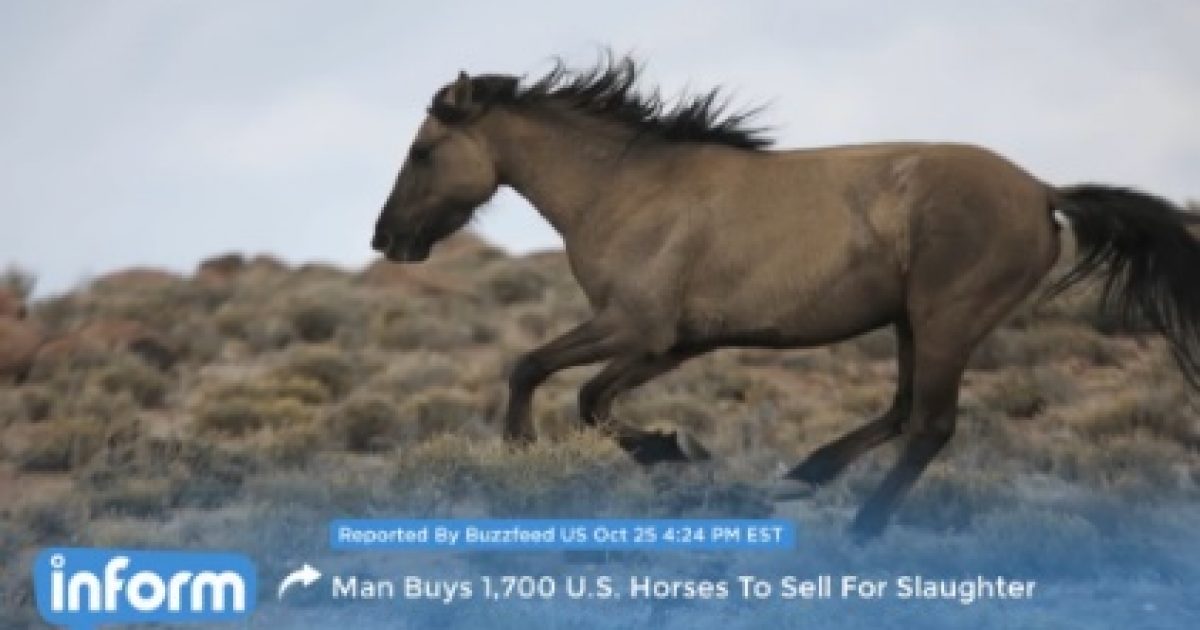 Just when you think the government agencies tasked with policing our environment and our behavior can’t get any more hypocritical, they send a bunch of wild horses to slaughter- literally.

The Bureau of Land Management, the agency tasked with protecting wild horses and cattle and their grazing lands, sold 1,794 federally-protected wild horses to a Colorado rancher who sent them to slaughter, a new report confirmed. Between 2009 and 2012, rancher Tom Davis purchased the horses through the agency’s Wild Horse and Burro Program (WH&B) and wrongfully sent them to slaughter, according to the report from the Interior Department’s Office of Inspector General. According to the allegations and news reports, Mr. Davis also had farming and trucking connections with former Secretary of the Interior Ken Salazar.

“We determined that BLM did not follow current law while managing WH&B. BLM also failed to follow its own policy of limiting horse sales and ensuring that the horses sold went to good homes and were not slaughtered,” investigators wrote in the report.

This is just the latest of many examples where a government agency is too incompetent to live by the same values it pushes on others.  Before federal bureaucrats try to micromanage our lives, they should get their own houses in order.