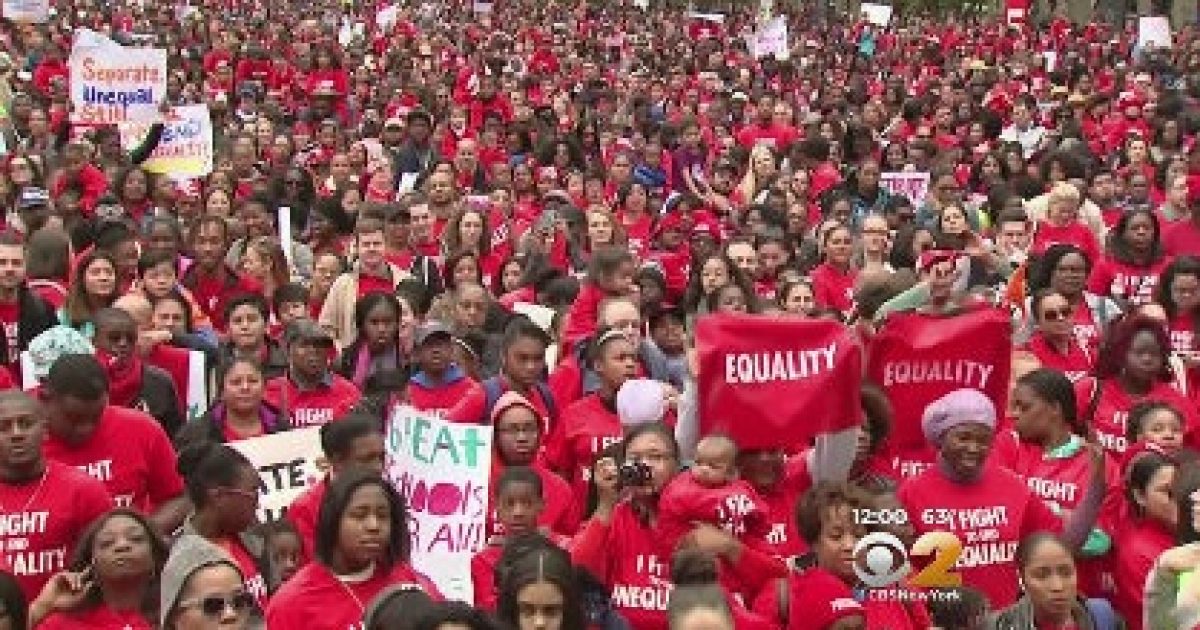 About 15,000 New Yorkers including parents, teachers, students, and celebrities, rallied in Brooklyn for charter schools and educational opportunity this week.

The speakers included Bronx Borough President Ruben Diaz Jr., a potential mayoral candidate in 2017, who told the crowd he would “always be a supporter of charter schools” and echoed demands that the mayor end his hostilities against charters.

“Mr. Mayor, in a nutshell what we’re saying here today is this — is that the public schools system is your system. Charter schools are a part of that system, and all we want from you, Mr. Mayor, is to treat them equitably.”

Some parents in the Big Apple are even referring to the current public schools as “failure factories” for their children.

Charter schools work. In 2014’s high school rankings, charter schools dominated with 30% in the top ten schools, despite only educating 5% of America’s kids and not using any type of selective admissions process.

If Bill de Blasio is serious about improving educational opportunity and results in New York, he should start embracing the success of the models that work (charter schools) and stop thoughtlessly dumping money into the models that fail (his public schools).