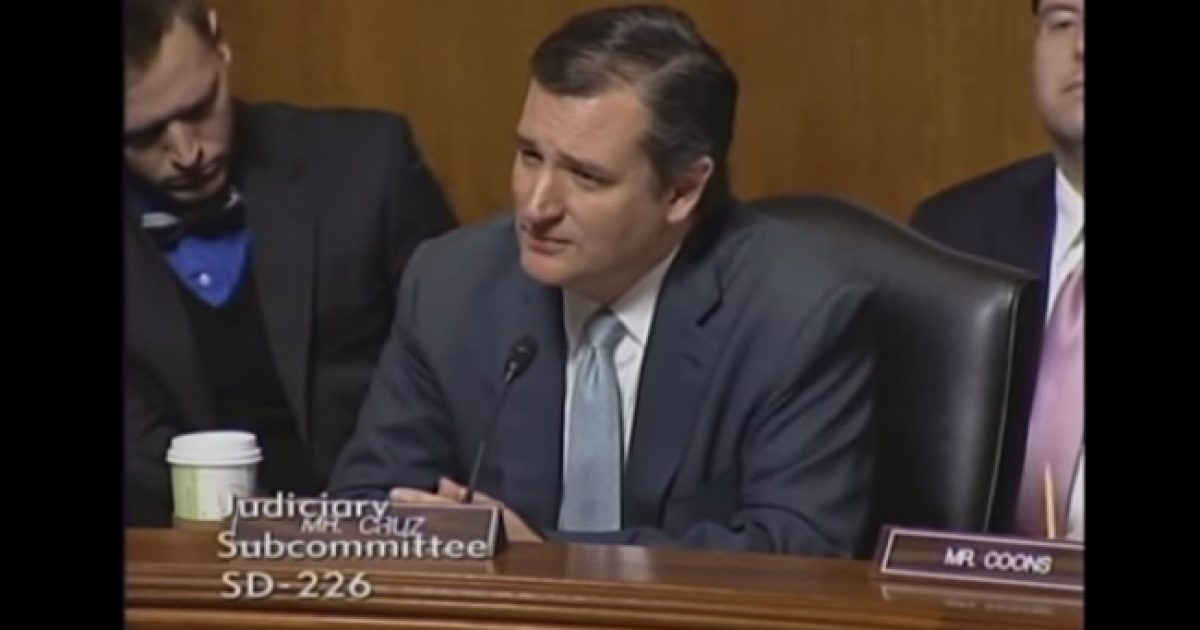 Insanity is asking a liberal a “yes or no” question over and over again and expecting a direct answer. That was Senator Ted Cruz’s experience while questioning Sierra Club President Aaron Mair about global warming during a Senate Judiciary Committee hearing. When Mr. Mair was not leaning back to get answers whispered in his ear by a presumed staff assistant, he stuck to his prewritten talking points- well, really just a single talking point.

When asked about the 18 year pause in global warming, as documented by satellite data, Mr. Mair denied it exists. “So if the data are contrary to your testimony, would the Sierra Club issue a retraction?” Cruz asked.

“Sir, we concur with the 97 percent scientific consensus with regards to global warming,” Mair responded.

…After a repeated back-and-forth, an exasperated Cruz concluded, “You know, Mr. Mair, I find it striking that for a policy organization that purports to focus exclusively on environmental issues, that you are not willing to tell this committee that you would issue a retraction if your testimony is objectively false under scientific data. That undermines the credibility of any organization.”

Here is a video of the tense exchange: