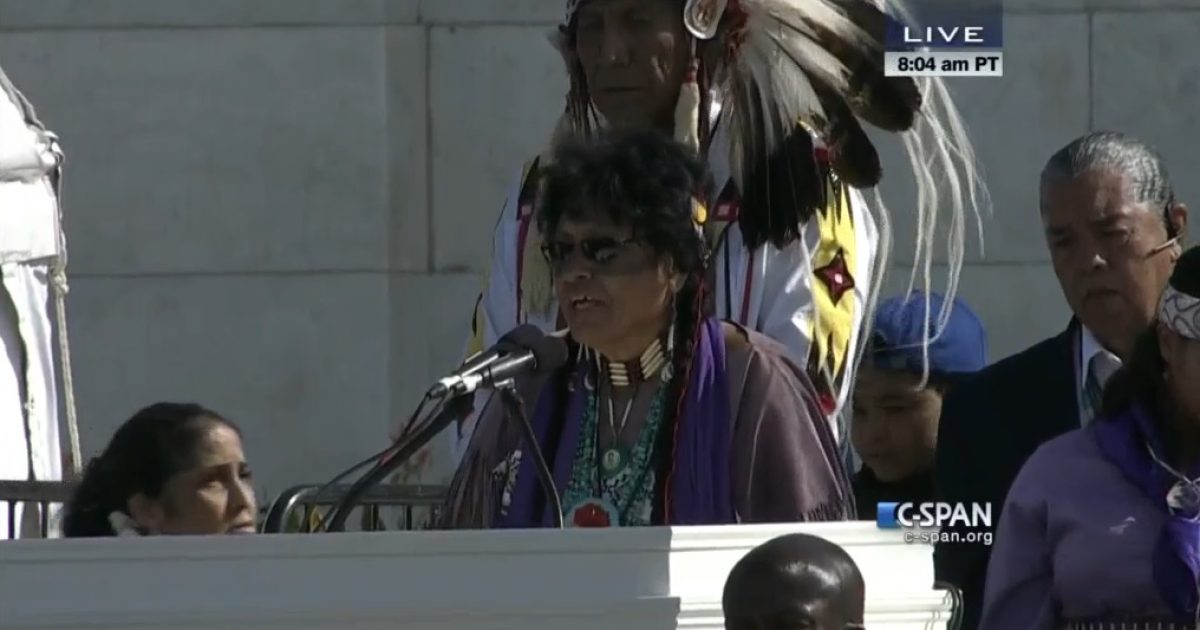 Over the weekend, people gathered on the national mall for the anniversary of the Million Man March on Washington. But rather than chants for unity and tolerance, speakers at this rally communicated a very different tone.

The Native American woman proclaimed that Muammar “Gaddafi is still alive” and called for President Barack Obama to pardon Leonard Peltier, a Native American activist who was convicted of murdering two Federal Bureau of Investigation officers in 1975. The woman then led the crowd in a chant of “down, down USA.”

You can watch the female speaker’s ranting and chanting against the United States here, though I much prefer this speech from Dr. Martin Luther King given in 1963: