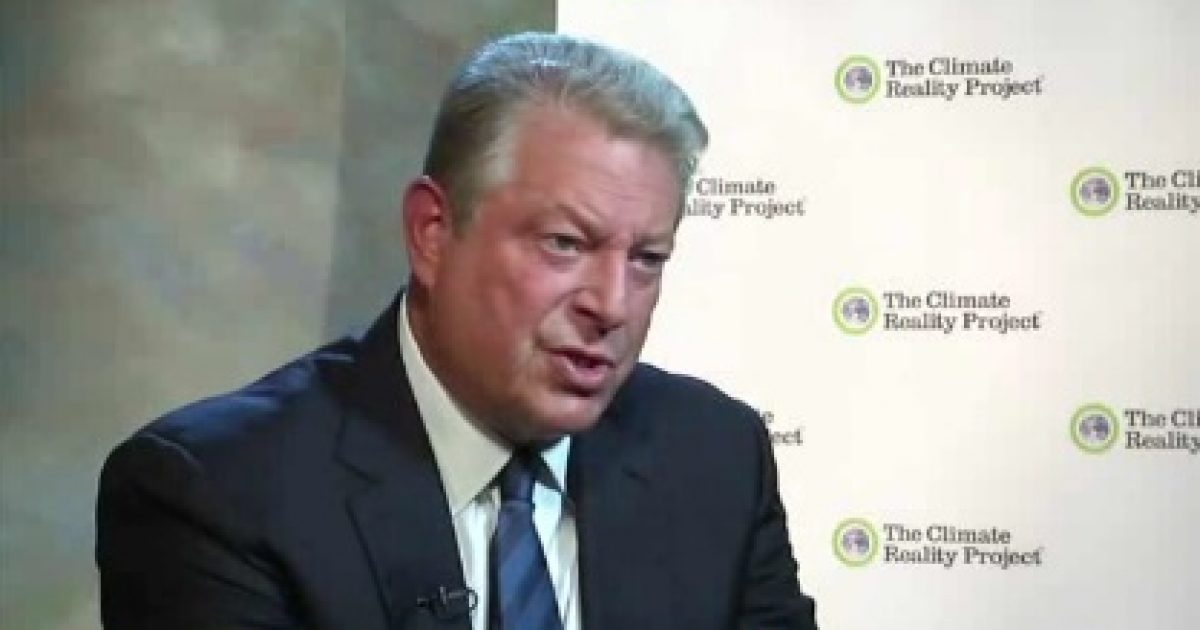 Al Gore and the rest of the environmental radicals are declaring war on climate change skeptics- almost literally. Over 25% of Democrats approve of the legal prosecution of citizens who disagree that global warming is a real phenomenon.

According to Rasmussen Reports:

Global warming advocates are calling for the prosecution of groups who disagree with them, and New York State has taken it a step further by investigating Exxon Mobil for refusing to play ball with the popular scientific theory. But 68% of Likely U.S. Voters oppose the government investigating and prosecuting scientists and others including major corporations who question global warming. A new Rasmussen Reports national telephone survey finds that 17% favor such prosecutions. Fifteen percent (15%) are undecided.

Just over one-in-four Democrats (27%), however, favor prosecuting those who don’t agree with global warming.

… But only 20% of Americans think they have true freedom of speech today. Seventy-three percent (73%) think instead that Americans have to be careful not to say something politically incorrect to avoid getting in trouble.

The Democrats have a free speech problem. A quarter of Democrats want to prosecute those who believe in the scientific method, while many other young Democrats are promoting censorship on campus and trying to force other students to take classes that align with their personal opinions.

Not to mention that progressives in general force citizens to surrender tax dollars to fund ridiculous things like the EPA’s efforts to lobby for itself, or using the IRS as a political weapon to silence a minority of dissenting citizens.

Democrats don’t believe in free speech, they believe in their speech.