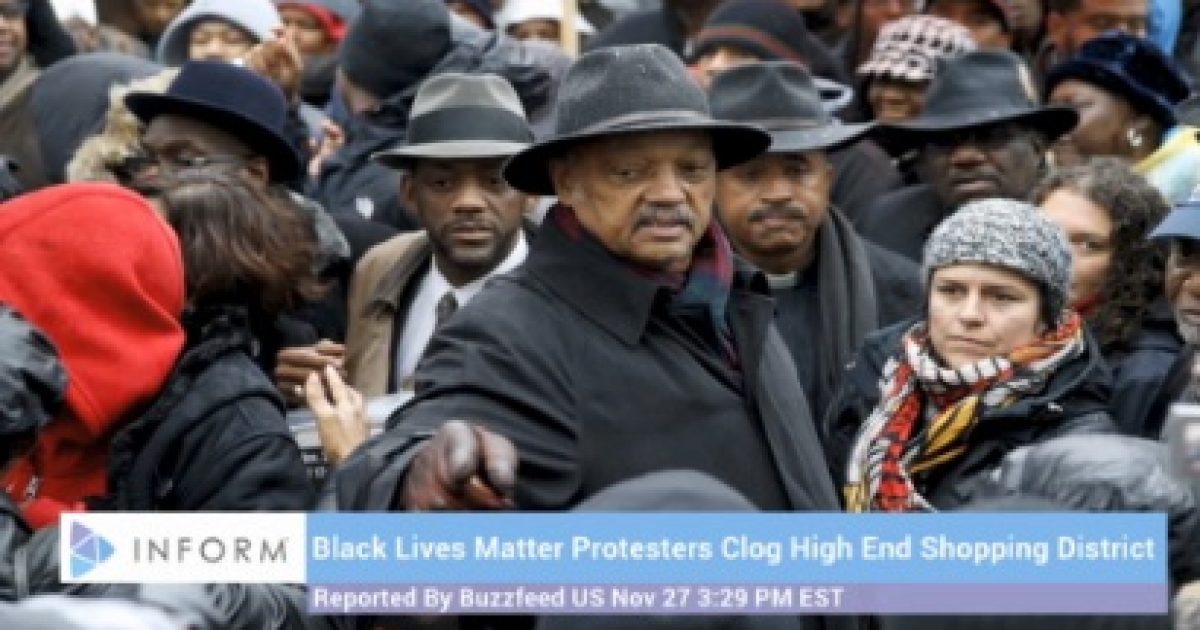 Black Lives Matter protesters took to the streets across the country on Black Friday disrupting traffic on the extremely popular shopping day.

The protests were in response to the October 2014 police shooting death of 17-year-old Laquan McDonald in Chicago by Police Officer Jason Van Dyke.

While shoppers continued to make their way along sidewalks and the empty street, some major retailers were forced to close, at least temporarily. Among them was the typically swamped Apple store, where dozens of employees in red shirts stood in an otherwise empty two-story space and watched through store windows as protesters linked arms to stop anyone from entering.

It was the largest demonstration in Chicago’s streets since police on Tuesday released the video under a court order to make it public.

The footage shows McDonald jogging down a street and then veering away from Officer Jason Van Dyke and another officer who emerge from a police SUV drawing their guns. Within seconds, Van Dyke begins firing. McDonald, who authorities allege was carrying a three-inch knife and was suspected of breaking into cars, spins around and falls to the pavement as Van Dyke keeps shooting.

Police dash-cam video was released hours after Officer Van Dyke was charged with first-degree murder and ordered held without bail until his court appearance next week.

To affect real change, the protesters should focus their attention on the real problem – the Democrat machine that runs Chicago – and not harass shoppers.