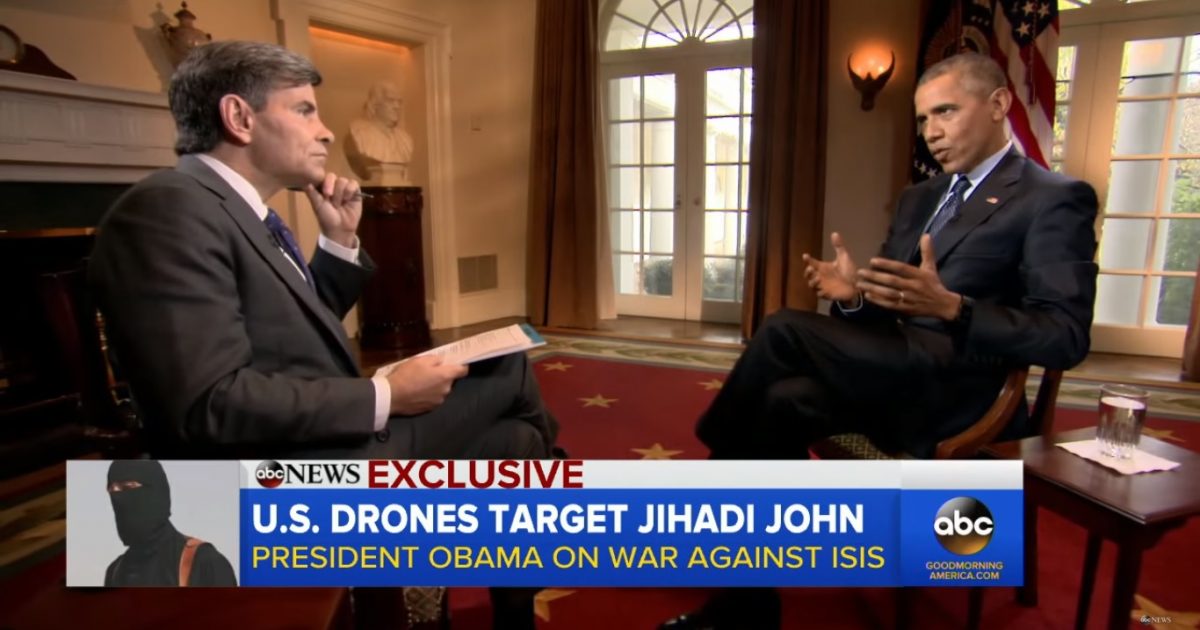 Last night in Paris, a horrific scene unfolded as over 125 people were killed and more than 200 wounded in the deadliest terror attack in France’s history. Our thoughts and prayers go out to all those affected by this tragedy.

ISIS has claimed responsibility for the attacks, and calls the night the “first of the storm” of attacks they promise will follow in other countries around the world. Earlier this month, ISIS claimed responsibility for bringing down a Russian plane and thereby killing the 224 people on board. In October, the terrorist group released videos showing the barbaric beheadings of 12 Syrian Christians, and 10 Kurdish fighters.

Despite all evidence to the contrary and mere hours before the Paris attacks, President Barack Obama assured the world that ISIS had been “contained.”

Check out this interview with Good Morning America, where the President declines to use the term “Islamic extremism,” and pushes back when George Stephanopolous suggested ISIS was gaining strength:

Does the President really still believe we’re dealing with a JV team here?