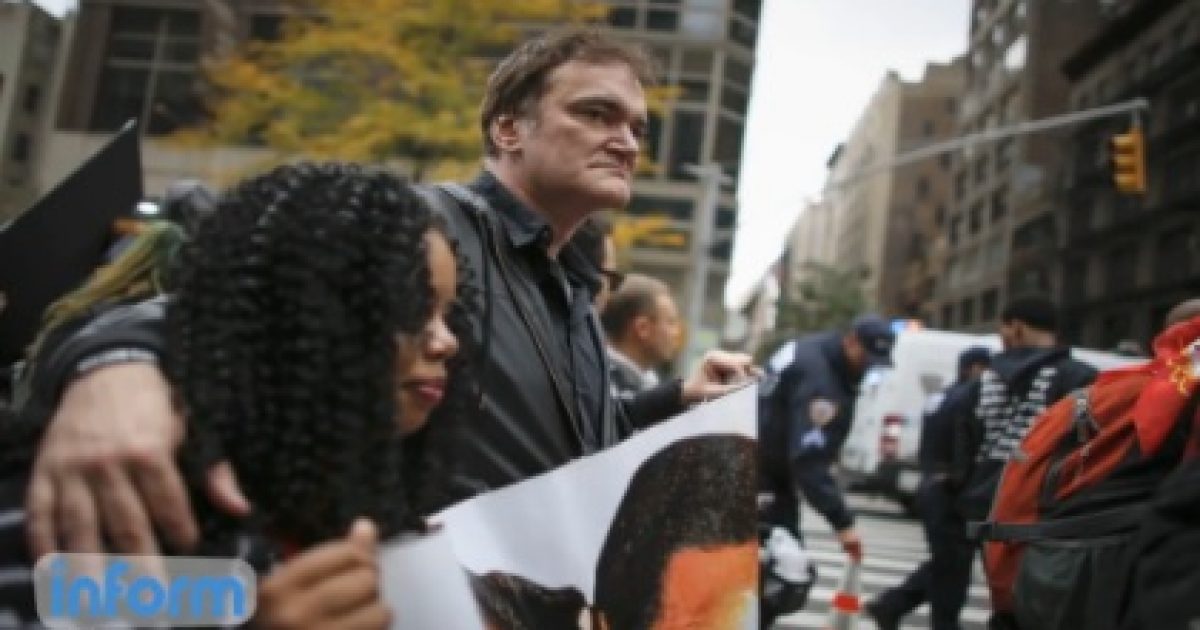 Hollywood director Quentin Tarantino needs to apologize for his hateful comments against law enforcement at a Black Lives Matter rally in Brooklyn. A number of police departments have announced a boycott of his upcoming movie in cities including: New York, New Jersey, Chicago, Philadelphia, and Los Angeles. The National Association of Police Organizations and the National Border Patrol Council have also joined the boycott.

What exactly did Tarantino say?

“When I see murders, I do not stand by . . . I have to call the murderers the murderers,” the director — notorious for his violent movies — told a crowd of protesters in Washington Square Park on Saturday, adding that cops are too often “murderers.”

Patrick Lynch, president of the Patrolmen’s Benevolent Association, lashed out against the “Reservoir Dogs” auteur Sunday. “It’s no surprise that someone who makes a living glorifying crime and violence is a cop-hater, too,” Lynch said in a statement. “The police officers that Quentin Tarantino calls ‘murderers’ aren’t living in one of his depraved big-screen fantasies — they’re risking and sometimes sacrificing their lives to protect communities from real crime and mayhem. “New Yorkers need to send a message to this purveyor of degeneracy that he has no business coming to our city to peddle his slanderous ‘Cop Fiction.’ ”

It is worth noting that Tarantino made these comments less than a week after a 33-year old officer was shot in the head in East Harlem while trying to chase down a gunman on the loose.

Peaceful protest against instances of police brutality and abuses of power is one thing. Putting all law enforcement officers under one umbrella and calling them “murderers” is hateful behavior that will only make tensions between black Americans and police officers worse- not better.

It’s clear that Tarantino isn’t looking to solve problems in society, he is only looking to make people feel angry and victimized. He may be a progressive, but he is the opposite of progress.