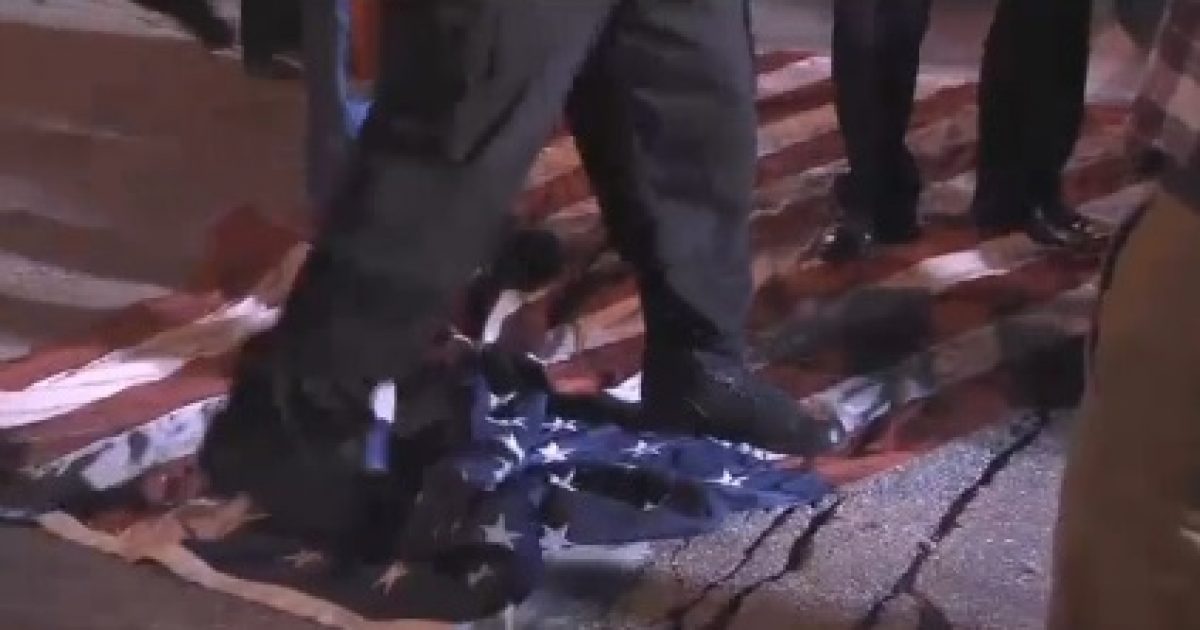 Last night, on the eve of Veterans Day, activists from the Black Lives Matter movement were outside the GOP debate burning and stomping on an American flag.

How did the police respond? With a touching impromptu flag folding ceremony, which was captured on video.

A short time after protesters trampled and tried to burn the American flag, police officers Joel Rossman, Jedidiah Thompson and Jutiki X recovered it. The Milwaukee Police Department posted several photos, as well as a video, showing the officers picking it up, folding it properly and saluting it.

Police said protesters circulated rumors than officers had deployed tear gas when in reality, they had used a fire extinguisher to put out the flames. According to the Facebook posting, officers held a “conducted a small, dignified ceremony” for the flag, folding it and taking it “to be inventoried for possible charges against the protester.”

You can watch the officers fold the flag in a video from the department’s Facebook page here:

The Milwaukee Police Department was a class act last night, and a welcome reminder on Veterans Day week that our flag should be honored and respected. Not only for the ideas and principles that it represents, but for those who have sacrificed to protect those principles. Bravo, MPD.