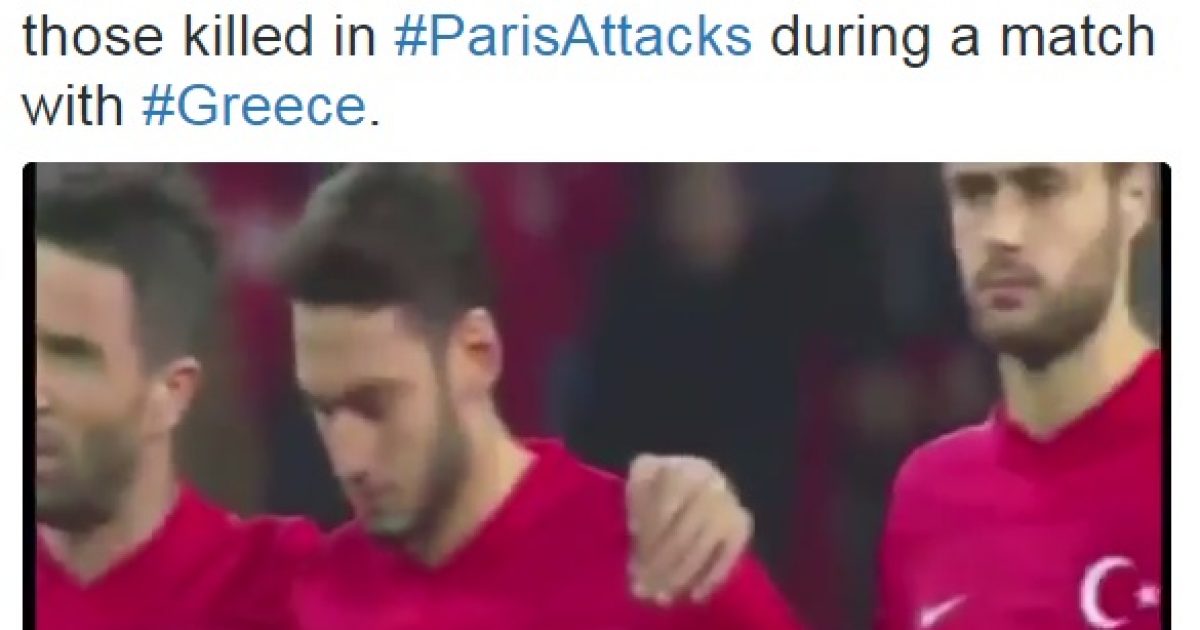 A disturbing video surfaced on Twitter showing Turkey soccer fans booing a moment of silence for the Paris attack victims and shouting a chant that you really have to listen to believe.

A moment of silence for the victims of the Paris attacks was booed by Turkish fans Tuesday during a friendly game against Greece, Reuters reported.

Reuters reporter Ece Toksabay tweeted that the fans booed the minute of silence before breaking out into a chant of “Allah Akbar.”

You can watch a video of the incident here: