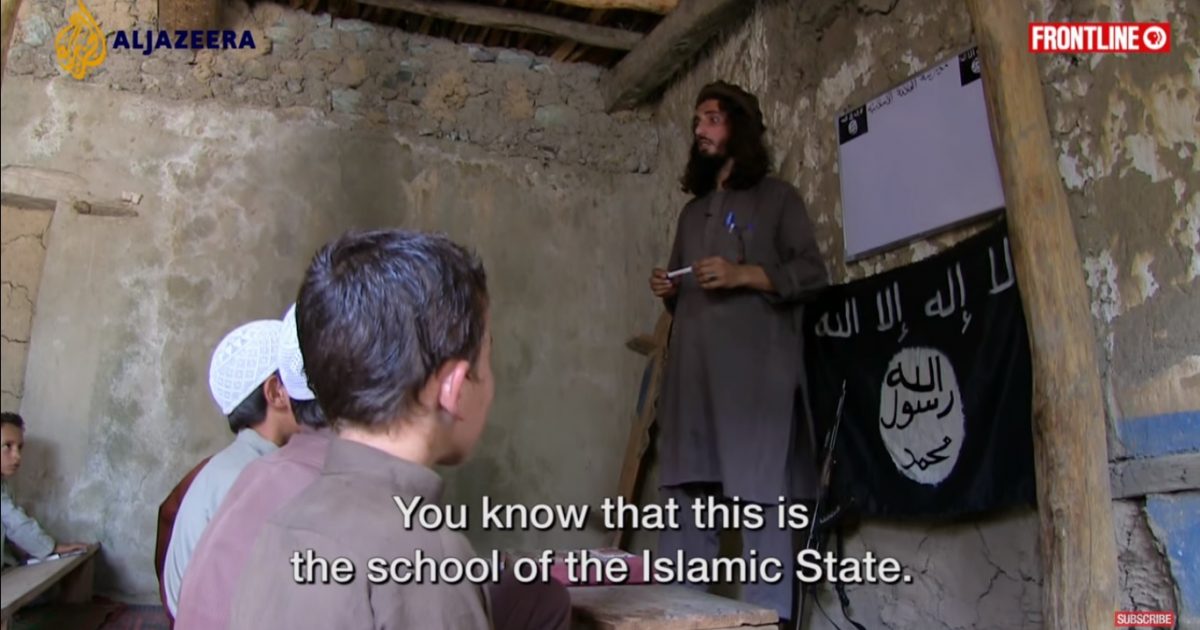 President Obama has been busy mocking the GOP this week for their opposition to Syrian refugees by saying Republicans are ridiculous to be “worried about 3-year-old orphans.”

Meanwhile in another part of the world, the Islamic State has been continuing to train… children.

As part of its ISIS in Afghanistan documentary, Frontline was given a glimpse into the terrorist group’s youngest training facility – a local school. The video begins with the narrator making the heartbreaking statement, “All children are educated by the Islamic State from the age of three.”

It continues with the teacher beginning his lecture inside the school,

“You know that this is the school of the Islamic State…What is jihad?” he asks the children, before continuing, “We must implement God’s religion over all people. God says do jihad until intrigue, idolatry and infidelity are gone from the world.”

The ISIS teacher then proceeds to display a variety of weapons. Brandishing a firearm, he asks, “Why do we use this?” A boy responds, “To defend the faith.”

“And whose heads will we hit with this?” The teacher questions. “Infidels,” a young boy replies.

If you’re reading this, you’re probably an “infidel.” And yes, ISIS is training 3-year-olds to hate and kill you. Before we admit thousands more Syrian refugees, maybe we should take that into consideration, Mr. President?