The EPA’s Clean Power Plan will cost Americans up to $292 billion and raise electricity prices in almost every state, according to new projections from NERA Economic Consulting.

“States should be braced to pay higher costs,” said Laura Sheehan, senior vice president for communications for the American Coalition for Clean Coal Electricity. “Consumers only lose in the Clean Power Plan.”

The numbers came from NERA Economic Consulting, a firm based in Boston that said it used state-of-the-art economic modeling to get its results.

… When electricity usage is at its highest, the NERA study claims all 47 states subject to the regulation could see higher electricity prices.

During such peak usage, NERA projects 41 states could have double-digit increases in electricity prices, with 28 states seeing 20 percent increases.

NERA also put together an infographic to educate Americans on which states are at the highest risk for electricity price increases… how bad will your home state get hit? 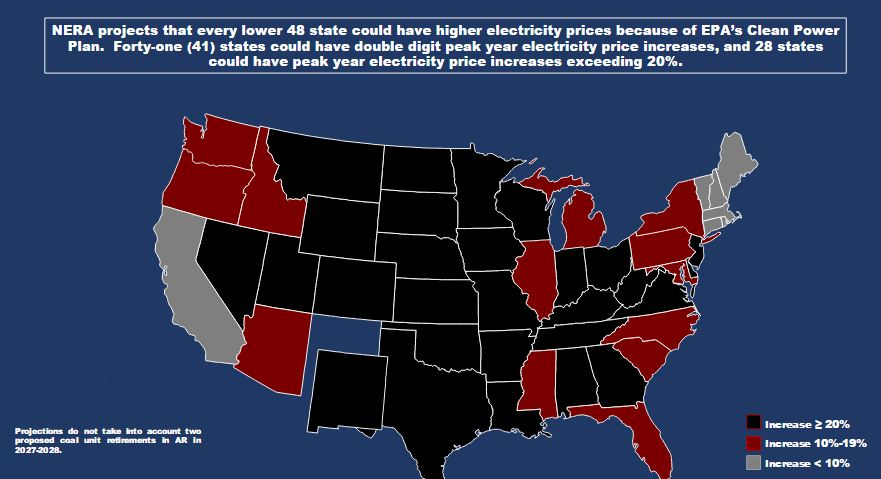